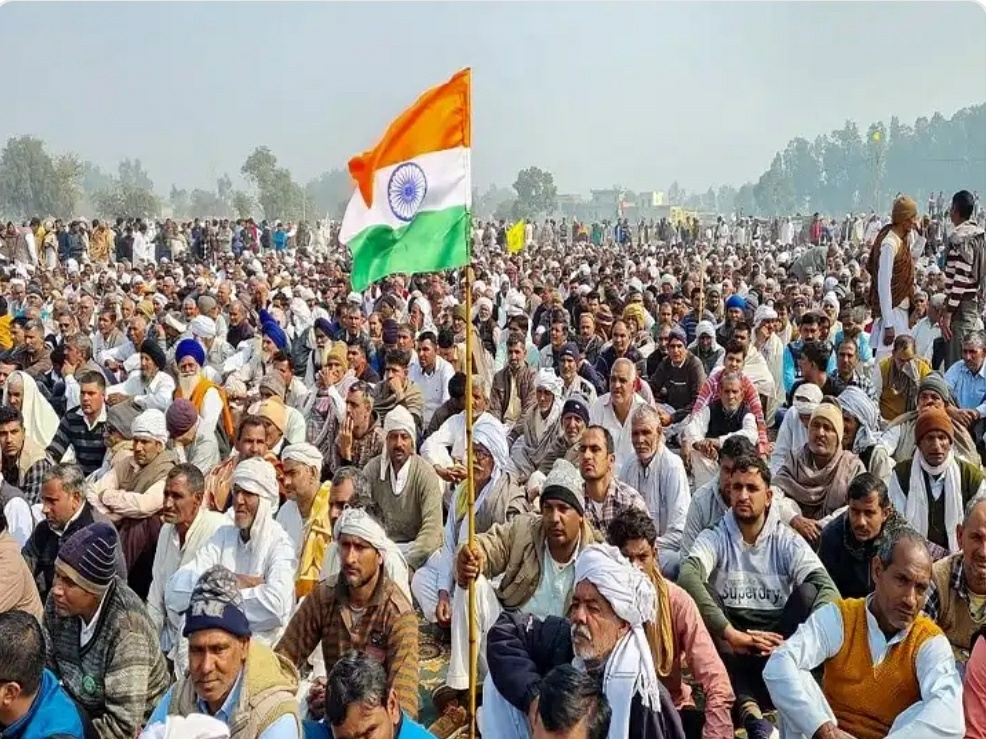 The Framers’ protest has been a topic of discussion for the last 6 months and due to the recent ruckus on Republic Day lakhs, it managed to grab lakhs of eyeballs.

The protest has now reached the globe with very recent tweets by famous international influencers that created a stir yet again.

Rihanna who has 100 million followers Tweeted; Why aren’t we talking about this?! #FarmersProtest

This was followed by the tweet of Greta Thunberg who said; “We stand in solidarity with the farmers’ protest in India.”

Apart from Thunberg, UK Member of Parliament Claudia Webbe also expressed solidarity with the Indian farmers. Author and niece of US Vice President Kamala Harris, Meena also showed her support on social media towards the agitating farmers as well.
“It’s no coincidence that the world’s oldest democracy was attacked not even a month ago, and as we speak, the most populous democracy is under assault,” she wrote on Twitter.

The MEA chief spokesperson Anurag Srivastava tweeted the statement with hashtags— #IndiaTogether and #IndiaAgainstPropaganda— in which the government insisted that the farmer protests must be seen in the context of India’s democratic ethos and polity, and the efforts of the government and the concerned farmer groups to resolve the impasse.

Indian Embassy in Washington DC had then strongly condemned the “mischievous act by hooligans masquerading as protesters” and had taken up the matter with US law enforcement agencies and the US Department of State, seeking an early investigation and action against the culprits under the applicable law.

On one side where Diljit Dosanjh appreciated Rihanna’s tweet, Kangana smashed her with a stern reply.

Diljit released ‘Riri’ written specifically for Rihanna. The 2.15-minute Punjabi song that premiered on YouTube calls Rihanna an angel and speaks of her home country Barbados. Diljit also posted the song on his Twitter handle with a fist emoji which is used as a way to extend solidarity.

Kangana Ranaut calls international pop star a ‘fool’ in her tweet. “No one is talking about it because they are not farmers they are terrorists who are trying to divide, India so that China can take over our vulnerable broken nation and make it a Chinese colony much like USA… Sit down you fool, we are not selling our nation like you dummies,” tweeted Kangana. 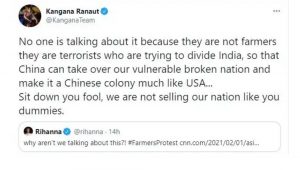