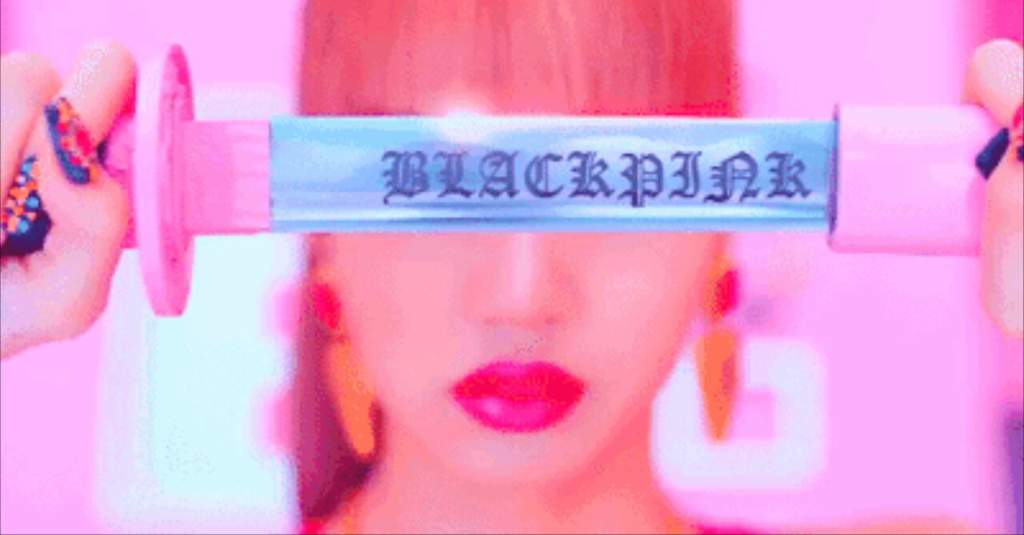 The popularity of Asian culture is rising globally. It started with Anime and Manga from Japan, and now K-pop has taken over the world.

If you already know about K-pop then props to you, you’re doing great. But if you don’t know what K-pop really is, or if you don’t like K-pop – we are here to show you something that you need in your life.

K-pop is perhaps the most vibrant and creative music genre – that combines elements of pop music with rock, metal, hip-hop, EDM, techno, soul, R&B, synthwave, and retrowave! And you know what? All of it sounds amazing!

Here are some amazing girl groups to get you started: 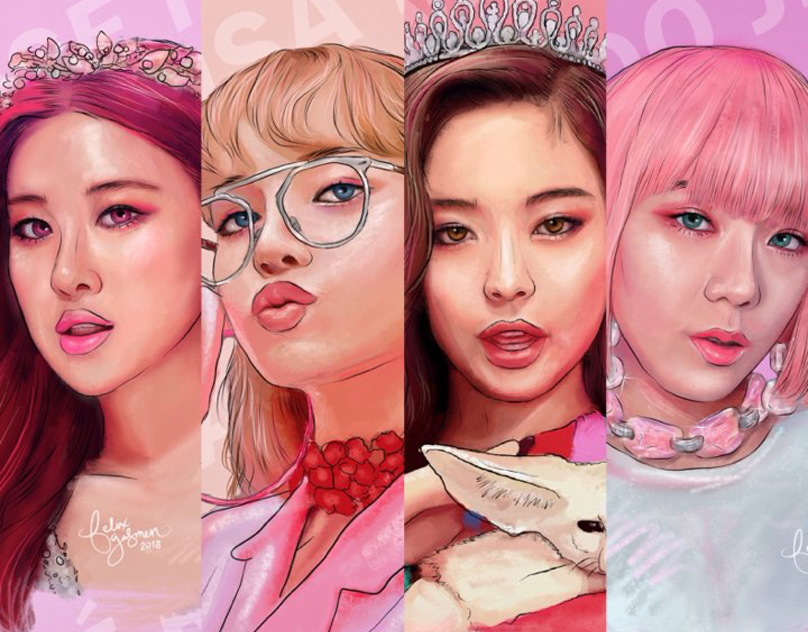 They had to be the first. Blackpink is the most popular girl group in the history of K-pop, and they have many songs that have racked more than one billion views on YouTube. Consisting of four members, Blackpink is known for their versatile music and beautiful vocals of Rosé who is considered to be one of the best singers in the world.

They had even teamed up with the popular game PUBG for a whole season, bringing in a lot of new followers who instantly fell in love with the group.

Songs to check out: Ddu du ddu du, As If It’s Your Last, Boombayah, Lovesick Girls, Stay, Playing With Fire. 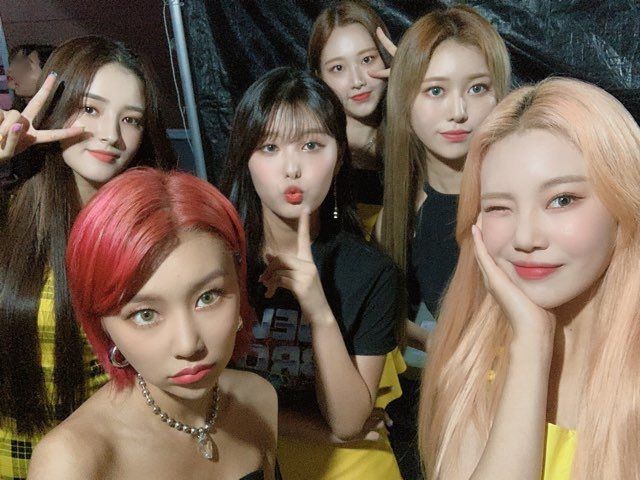 Most people who are not even K-pop fans have heard Momoland’s viral hits. With an incredibly cute and funny persona – their quirky music videos and fun songs were viral worldwide in 2018.

Momoland’s story is not an easy one to digest – they achieved success through a lot of hard work, they had to promote their own company by distributing pamphlets on the street. Their company kept them in debt and didn’t pay them for years. Eventually, 3 members from an originally 9-member group were forced to leave.

But still, Momoland managed to achieve incredible success with their viral hits Bboom Bboom, and BAAM. Momoland girls are known for their charismatic personality and beautiful, kind behaviour.

Songs to check out: Bboom Bboom, BAAM, I’m So Hot, Thumbs Up, Wrap Me In Plastic 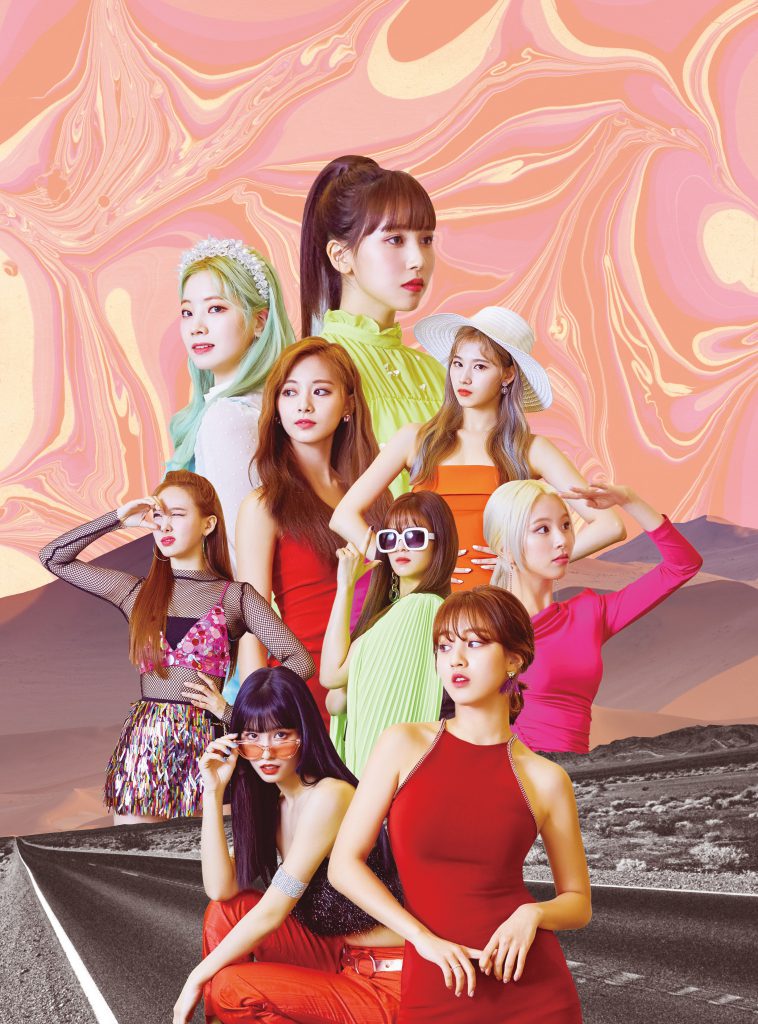 The cutest and most adorable group ever – Twice has a charm that no one can escape even if you claim that you are “not into cute things.”

Twice regularly ranks as the second most popular girl group after Blackpink, and their songs will show you why. So far, Twice has managed several hits that have crossed 500 million views on YouTube. 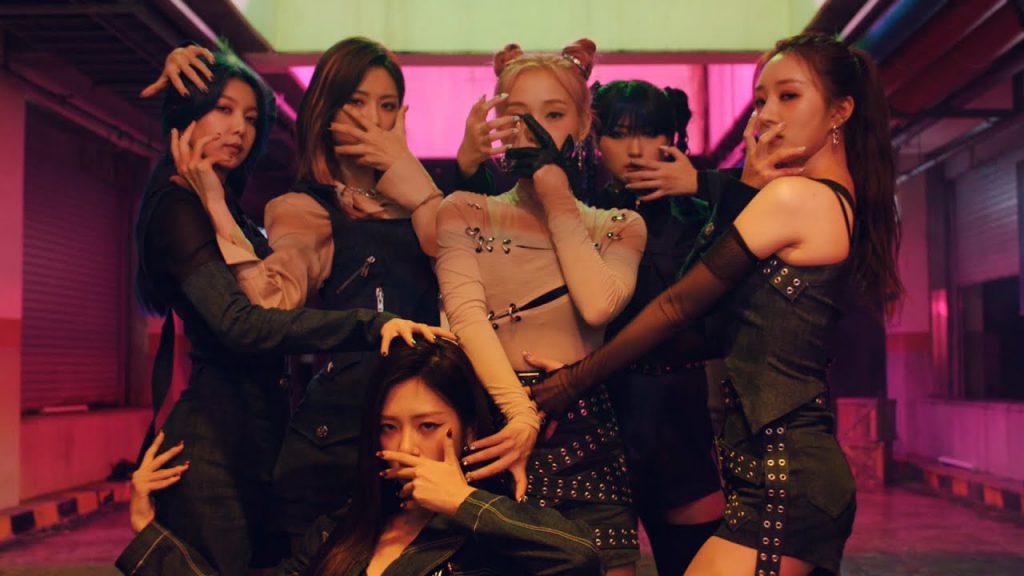 After the cute group Twice, we are going to talk about a group that has a completely opposite concept. Dreamcatcher is a nightmare girl group where each member represents one of the darkest phobias of the human mind.

Dreamcatcher’s music is also the most unique – considering they combine pop with rock, metal, and many experimental sounds. Dreamcatcher is vastly popular all over the world and the rock music lovers of the west really appreciate this group. 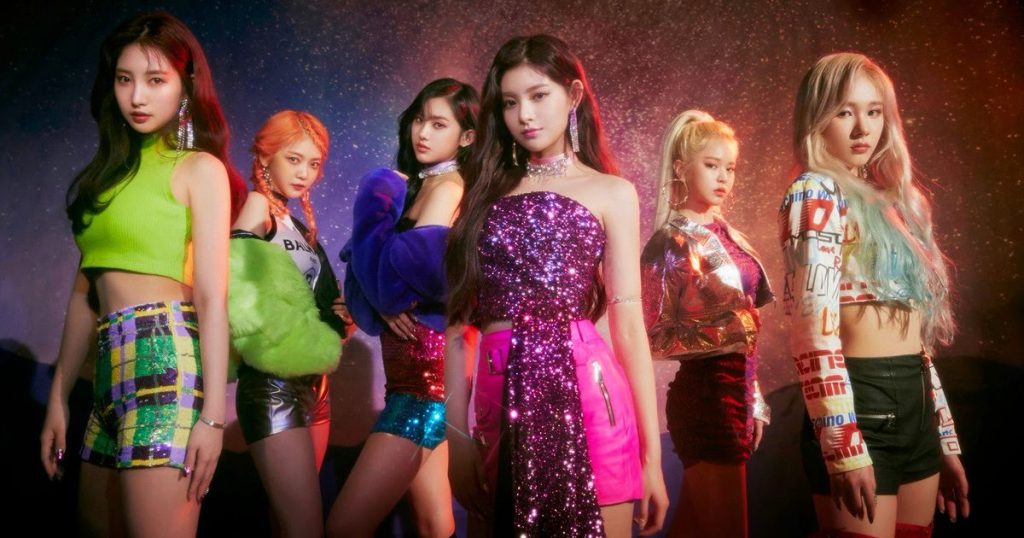 Everglow’s concept is that they are six girls who have arrived from the future, and they live in Antarctica. Many of their songs reflect this theme in their videos.

A relatively new group that has impressed everyone with their insane talent, vocals, dancing, and charming personalities. Everglow made their debut in 2019 with an extremely unconventional song Bon Bon Chocolat. It was the kind of song that no one has ever heard before, and it launched them into international fame.

Their newer songs have been more towards EDM and retro-wave, and they are quickly rising through popularity rankings. 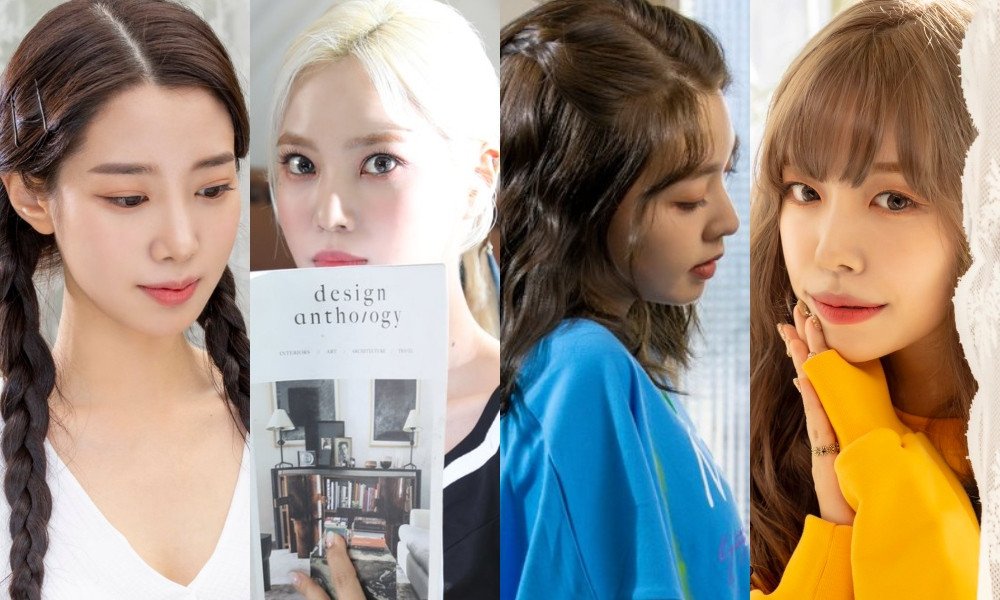 We can talk about successful groups, but not every talented group achieves success. Berry Good is a group that has been around for six years, and they have put out some great songs but they didn’t get popular because their company lacks the budget to promote them on a large scale.

This group is what you call a “monster rookie” – they have released only one song called Black Mamba but it broke all the debut records within 24 hours. Aespa is a powerhouse of talent – incredible dancing and singing that go perfectly well with their dystopian cyberpunk concept.

Aespa is also the only group to feature AI idols into their group, which is probably the coolest thing ever.

Songs to check out: Black Mamba 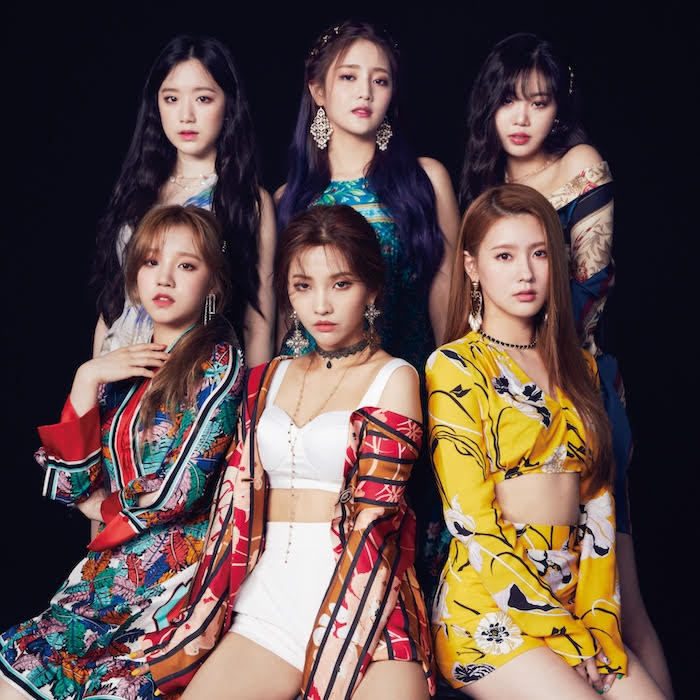 (G)I-DLE is hailed as the best of the fourth-generation K-pop artists – according to their leader Soyeon. And she’s not wrong. Soyeon herself is arguably the most talented K-pop artist currently active – she can rap, sing, write music, write songs and she even produces and directs the music videos of (G)I-DLE. Other members are also some of the best in their fields. 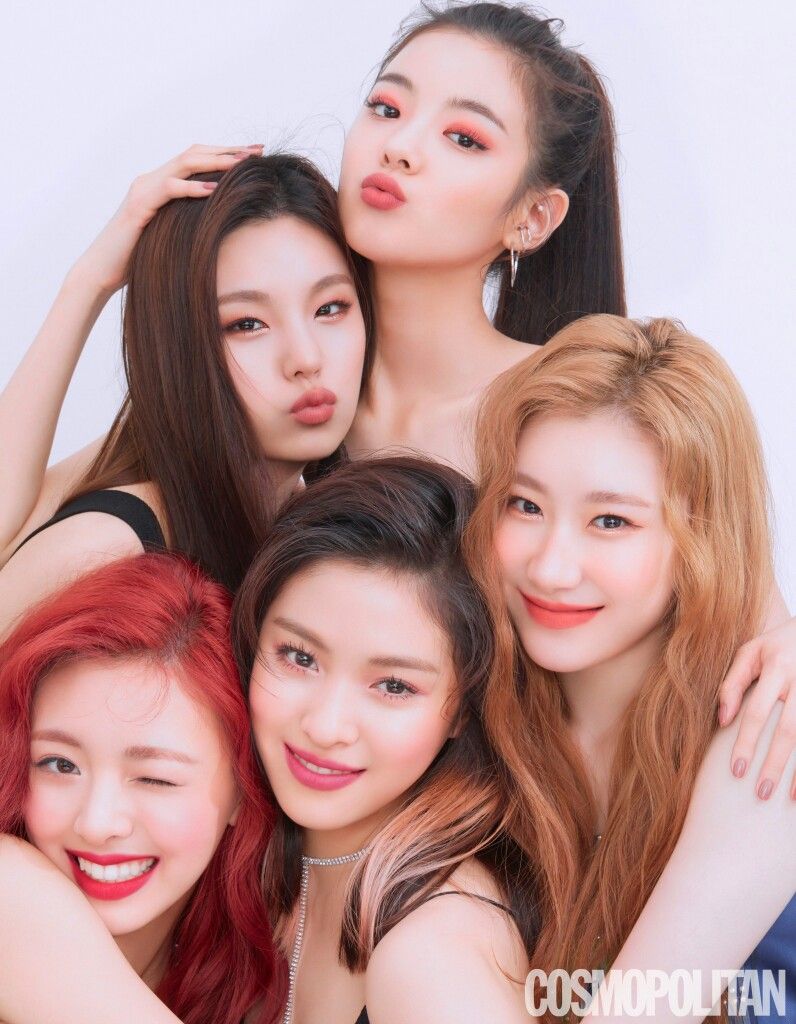 They are considered to be twins of Everglow (#5) – considering that they debuted around the same time. However, their concepts are totally different. ITZY music videos show a group of cool, rebellious girls who are trying to defy society and be true to themselves.

Songs to check out: Wannabe, Icy, Dalla Dalla, Not Shy

#10. Shoutout to some other groups

K-pop scene is full of incredible groups and it seems like a new person would never get tired of the content that they keep giving out.

IZ*ONE, GFriend, Mamamoo, Red Velvet, XUM are many such groups that have catchy songs and powerful dances in their videos.

If you want to check out some solo artists then a great start would be Chung Ha, who is also hailed as the Michael Jackson of K-pop.