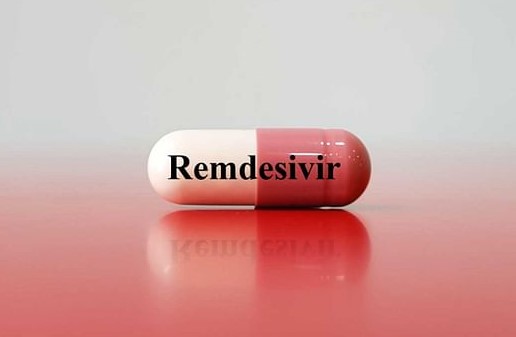 Dr. Kathleen Mullane, who is an infectious disease specialist at the University of Chicago, has been doing some clinical trials on COVID-19 patients. She has been using an experimental medicine called Remdesivir, and it has worked wonder for even severely sick Coronavirus patients.

It is believed that a possible cure has been found for Coronavirus, but some scientists remain unconvinced.

People taking Remdesivir are getting well in just 6 days

After a video of the trial and subsequent results, was released from the University of Chicago, STAT News did a report about the whole trial.

According to the report, patients with extremely severe sickness and respiratory problems were admitted in the trial – and they were treated by using the medicine Remdesivir.

Good news has come out of this trial is that patients recovered from severe sickness within just 6 days, and they were able to go home, according to the leading doctor on the trial.

“Most of our patients are severe and most of them are leaving at six days, so that tells us duration of therapy doesn’t have to be 10 days.”

“The best news is that most of our patients have already been discharged, which is great. We’ve only had two patients perish.”

The medicine Remdesivir was made by Gilead Sciences, and while it didn’t work very well against Ebola – it has worked brilliantly against every kind of Coronavirus such as SARS, MERS, and COVID-19.

Multiple studies have shown that Remdesivir can not only treat but also prevent several types of Coronavirus infections.

Even the World Health Organization had admitted in February that Remdesivir was a possible cure for Coronavirus.

University of Chicago has its doubts

But the University of Chicago itself is a bit skeptical about the scope of the medicine. They claimed that the trial is not complete, and so far only partial data is available – and it is too early to draw conclusions about the efficacy of Remdesivir to treat and cure Coronavirus infections.

They have gone so far as to say that the release of the video about the trial was unauthorized, indicating that they’d much rather keep the trial and treatment under wraps.

Whether the University is doing this for the sake of later patent claims and ownership rights or not, we may not yet know.

“In this case, information from an internal forum for research colleagues concerning work in progress was released without authorization. Drawing any conclusions at this point is premature and scientifically unsound.”

There is still no approved therapy or treatment available for COVID-19 – which can cause severe problems in your respiratory system such as pneumonia and lung damage. Many drugs are under trial, but none of them have been approved yet.

Some scientists are saying the experiment was done without a control group, so it’s not valid?

Another interesting fact that was pointed out by scientists, is that the experiment involving Remdesivir was done without a control group so we may not even know whether the medicine is actually helping them or not.

Although, the control group in this scenario would be a group of severely ill patients who will not be given the medicine – and then the results of both the groups will be compared to see if the group receiving medicine did better or not.

This might constitute as an unethical practice since some people will be getting denied a perfectly viable treatment, but a small part of the scientific community has found this issue and now it is being used a counterargument against the medicine.

Remdesivir is being tested on 4,000 patients all over the world

Although Remdesivir is currently being tested on 152 sites all over the world, and being administered to 2,400 patients who are severely sick. In addition, 1,600 other moderately sick patients from 169 different hospitals all over the world are also being given the medicine, to check how it helps them.

The results of trial will be available by the end of April, according to Gilead Sciences.

Gilead said it expected results from the trial by the end of the month.