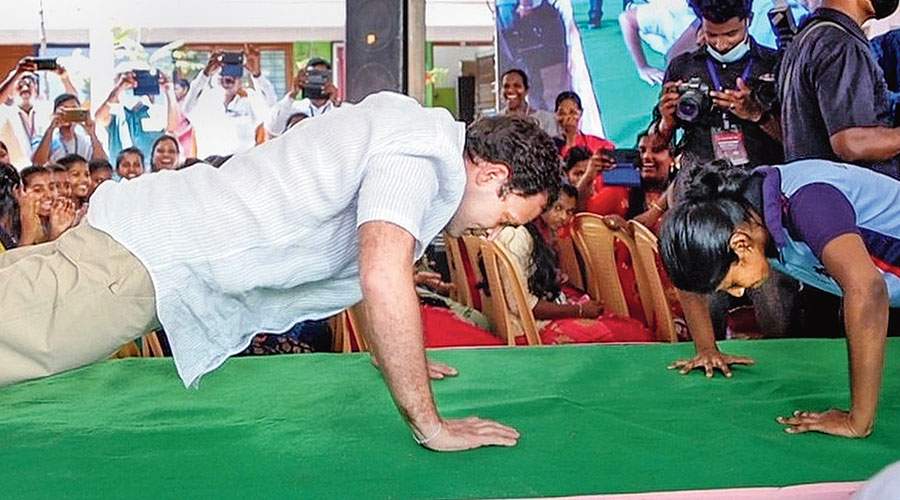 As Tamil Nadu elections 2021 are right around the corner, all the political parties are attacking one another by smashing each other’s reputation and criticizing manifestos of the opposition party.

In one such rally today at Thoothukudi, the former Congress president Rahul Gandhi pointed out the BJP government, saying that there has been a methodical attack on elected institutions and free press in the last 6 years under the rule of BJP.

Rahul mentioned “A nation is balanced between its institutions. If the balance is disturbed, the nation is disturbed. That is the central idea….Over the last 6 years, there has been a systematic attack on elected institutions and the free press that hold the nation together. Democracy doesn’t die with a bang, it dies slowly. I am sad to tell you that democracy in India is dead, it does not exist. The concentration of capital has combined with the RSS to destroy the institutional balance in the country,”

This wasn’t the only issue, Rahul mentioned several other issues and attacked the BJP government from the top, left, and center.

Apart from putting forward his point of view about the current government, Rahul seemed to have a great time at yesterday’s school visit. In a widely spread video Rahul was seen vising St. Joseph matriculation school in Mulagumooda, Tamil Nadu on March 1st where he danced, did push-ups, and interacted with the students.

In a one-minute-long video clip, the Kerala MP from Wayanad was seen taking up the ‘push-up challenge’ while talking to the student.

A class 10 student asked Rahul if he could do push-ups. The kid named Merolin Shenigha asked “Can you do push-ups. Let’s try 15?”

To answer the question Gandhi handed over the mic and got down to the task.

The kid and Rahul Gandhi were then seen doing one push-up after the other.

The Congress leader then paused as he completed 14 push-ups in ten seconds, after which Gandhi said, “Now, we will make it difficult, let’s try with one hand”. After this Gandhi was seen doing a push-up with one hand only as the crowd cheered.

Gandhi shared the push-up clip on his Instagram account with a caption: “Push up challenge by Merolin Shenigha, a 10th standard Judo enthusiast.”

Earlier, a photo of Rahul Gandhi, which was taken shortly after he jumped into the ocean for a swim with the fishermen in Kerala went viral on social media.

In the photo, the hazy outline of Rahul’s abs could be seen through his shirt which provoked several personalities including boxer Vijender Singh to praise Rahul Gandhi on Twitter and ask him for fitness advice.

Vijender Singh, the boxing superstar who won bronze and silver medals for boxing at the Olympics and Commonwealth Games, shared the image on the social media platform, tweeting, “Abs of a boxer… Most daring young fit & people’s leader Way to go…”