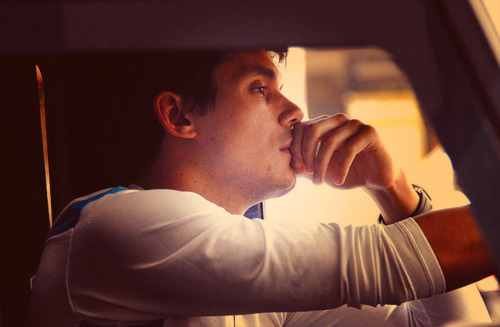 John Mayer who received criticism from Taylor Swift fans on his first TikTok video, recently posted a video footage of himself acknowledging the criticism as he is learning how TikTok users don’t refrain from expressing their emotions

The 43 year-old American musician joined the popular short video platform and it is quite evident that the response on his first two uploads doesn’t match his expectations.

In his first video the singer appeared to struggle with understanding the popular app. “Can someone tell me how to flip the camera?” John asked TikTokers before finally figuring it out.

After a few hours, the “Gravity” vocalist shared another clip captioned: You’re berating me and I’m hearing you out,” where he seems to be pretending to absorb the harsh endless criticism.

A mere look at the comments on the first video is enough to understand why Mayer’s second upload was justified. The comments were extremely negative and many of them coming from Taylor Swift fans who were being critical of Mayer’s rumored relationship with Swift.

Swift and Mayer were rumored to have dated in 2009 and 2010, however they never confirmed it publicly. Swift’s fans were swift enough to interpret the song “Dear John” from her 2010 album Speak Now and many of the comments on Mayer’s TikTok video are the lyrics from “Dear John”.

One of the comments on Mayer’s post said that: “we will never forget what you did to our girl taylor.”

Another said that: “this was not the right app to join, john …#DearJohn.”

A different TikToker commented, “TikTok knew what they were doing by putting this on every Taylor Swift stans FYP.”

Another comment summarized the whole scenario saying that: “I knew exactly what was coming when I opened the comments hello swifties.”

As far as John’s take is concerned, he appears to have accepted TikTokers’ feedback about his past relationships.