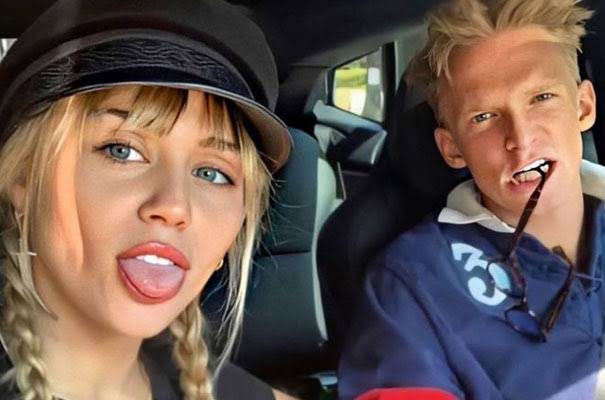 2019 has been perhaps the most eventful year in Miley Cyrus’s life. First she split up from her long-time beau Liam Hemsworth. Then she was dating Kaitlynn Carter for a while who fell in love with Miley, but she dumped her. Then she had a vocal cord surgery because of which she was not able to sing till 2020.

Then she got involved with Australian singer Cody Simpson whom she had dumped recently. But now rumour has it that not only they are back together again, they are also starting a new band together.

Miley Cyrus is back after vocal cord surgery

Miley Cyrus had vocal surgery last month, which made her unable to sing for rest of the year. And while she has been resting her pipes, now she plans to bounce back with style in 2020.

TMZ has reported that Miley Cyrus has already trademarked a band name called Bandit and Bardot. And as most of the Miley’s fan expect her to sing rock songs, this band’s genre will be most prominently guitar-driven rock. 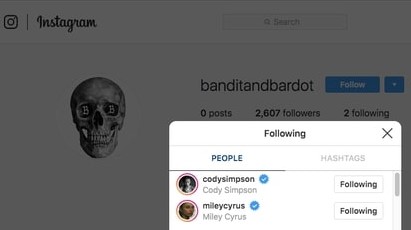 The band in planning already has an Instagram page, that follows only two people: Miley Cyrus, and Cody Simpson. And most fans are amazed at the speed these two lovebirds do things. First, they got into a relationship, then broke up briefly, got back together, and started a band – all of this within less than two months.

Cody and Miley have been thinking of collaborating since a while

In the beginning of December, Cody Simpson told the magazine E! that he and Miley have been planning a collaboration since a while.

“Yeah definitely. We’re looking at it,” he said. “We are getting all the songs down [on my album] and then seeing who would make sense for what. It’s going to be cool. It’s going to be pretty much a rock album. A lot of guitar.”

Everyone in the world of music knows what a powerful singer Miley Cyrus is, and it has always been said that her potential was not being used in the genre of pop. Pop just isn’t enough for Miley. So as she steps into the world of rock with her band, fans’ dreams will be coming true.

Miley has had an eventful year of 2019

Miley Cyrus split up with Liam Hemsworth this year.

Afterwards, Miley got into a relationship with Kaitlynn Carter. Kaitlynn eventually fell in love with Miley, and said that she realized what it means to be a woman after being with Miley. But Miley broke up with Kaitlynn, saying that she thought “things were moving too fast.”

Last month, she had vocal cord surgery which rendered her unable to sing for the rest of the year. She was advised to stop all kind of vocalization till 2020.

Then Miley got involved with Cody Simpson, going full-on PDA all over the internet, when suddenly she dumped him saying that she “needed to focus on herself.”

Although, a band in the works is probably the best thing to come out of 2019 for Miley because we already have high hopes from Bardot and Bandit.