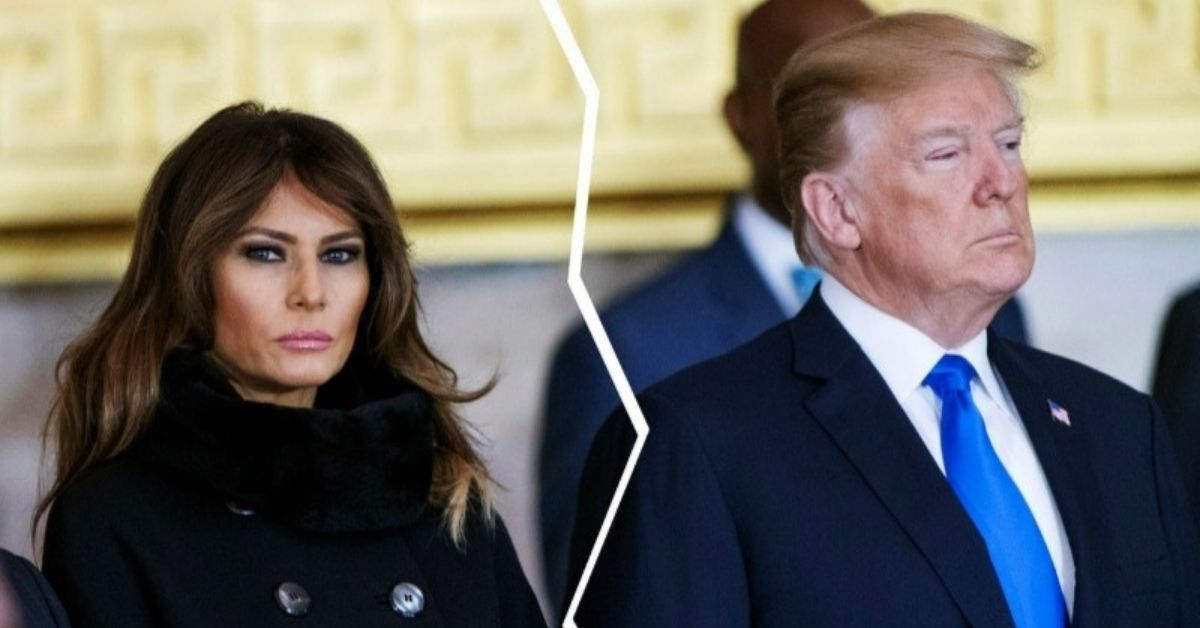 It’s common knowledge all over the world that Melania never liked Donald Trump. On many occasions, she was seen flicking his hand away when he tried to hold her – and she even said that she knows why she married him in the first place.

Now, some of Melania’s aides have claimed that she is planning to divorce Donald Trump, and all this while she didn’t divorce him because she didn’t want him to look bad.

“Melania was waiting to divorce him until his presidency was over”

Her ex-aide Omarosa Manigault Newman has said that Melania and Donald Trump’s marriage has been ‘over’ for a long while now, and she only waited during his presidency because she didn’t want to put him through the “utter humiliation” while he was still the President.

Also that Donald Trump might have harmed her if she had tried to leave him when he was still in power.

“If Melania were to try to pull the ultimate humiliation and leave while he’s in office, he would find a way to punish her.”

She also added that Melania is counting every minute ever since Donald lost the election, and she’s getting ready for divorce.

One of the more interesting revelations is that Melania never expected that Donald Trump would actually win in 2016, and she was actually sad and shed tears when he won.

At first, she didn’t even move with him into the White House, allegedly because her son Barron needed to finish school. Even after moving in, Melania had a separate bedroom and said that her marriage with Donald was “transactional.”

But one of her ex-friends named Stephanie Wolkoff has claimed that Melania was actually negotiating a post-nuptial agreement that would give Barron an equal share in Donald Trump’s inheritance, and that he would not be getting less than his step-siblings such as Donald Jr, Ivanka, Eric, and Tiffany.

Many legal experts have referred to Donald Trump’s second marriage with Marla Maples, when he made her sign a pre-nup agreement that would forbid her from saying anything critical about him in public or media. Lawyers speculate that Donald has made Melania sign something similar as well.

Trump’s all marriages have failed, due to his constant affairs and misogyny and controlling behaviour.

In 1977 he married Ivana Trump, then he met model Mara Maples in the early 1990s. Ivana and Trump divorced in 1991 and then Trump married Marla two years later.

Many residents and staff of White House have said that Melania was for more careful and judicious in handling the COVID-19 than her husband. She made conscious efforts to curb the spread of the virus, she told her staff to work from home unless absolutely necessary. She mandated masks and maintained social distancing among all the people who worked with her.

And she was constantly baffled by Donald Trump’s staff who were always maskless, huddling close together, and being careless about the deadly virus.