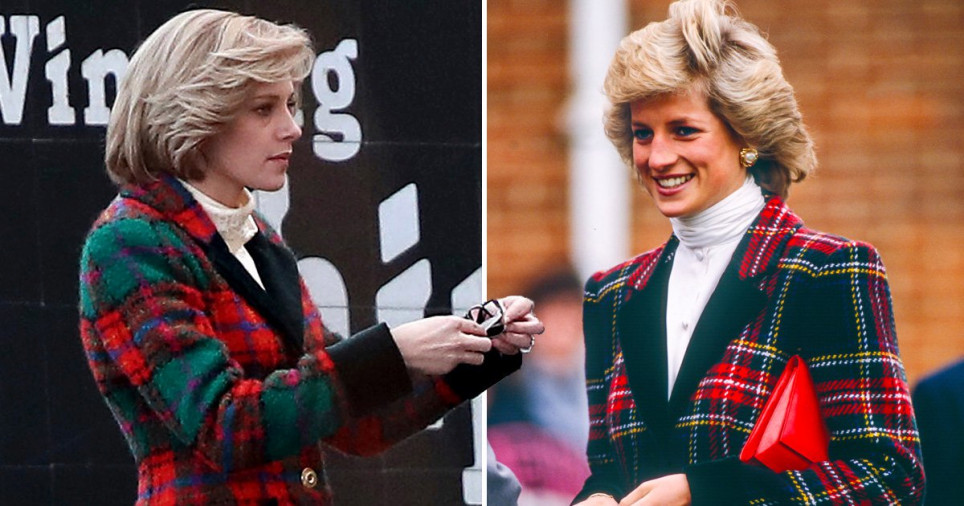 Kristen Stewart is currently shooting for her upcoming film Spencer as the picture of her wearing Princess Diana’s iconic looks surfaced. The Twilight actress went back to 1992 to recreate Princess Diana’s look when she was clicked dropping Prince Harry at school.

While filming, Kristen traveled back into 1992 to recreate Princess Diana’s look when she was photographed dropping off Prince Harry at school for a day of learning.

As far as the fashion is concerned, be it black and red and black varsity jacket or denims, Kristen was just bang-on. She opted for a pair of high-top sneakers with laces instead of the boots Princess Diana once wore.

From the black and red varsity jacket to the denim jeans, Kristen was spot-on in the fashion department. When it came to footwear, however, the actress chose a pair of high-top sneakers with laces instead of a pair of boots Princess Diana once wore.

It was July 2020, when the news of her playing the princess first broke.

The upcoming flick is likely to cover a weekend of Princess Diana’s life in the 90s when she knew that her marriage with Prince Charles was coming to an end and that’s when the mother of two realized she had to make her own path.

“Everyone’s perspective is different and there’s no way to get anything right because what is fact in relation to personal experience?” Kristen said earlier.

“My movie takes place over, like, three days, and it’s this, like, really poetic internal imagining of what that might have felt like rather than giving, like, new information. So, we kind of don’t have a mark to hit. We just also love her,” she further said.

On Kristen portraying Princess Diana, the director Pablo Larrain stated that she is one of the great actors around today.

“To do this well, you need something very important in film, which mystery Kristen can be many things, and she can be very mysterious and very fragile and ultimately very strong as well, which is what we need. The combination of those elements made me think of her,” Larrain explained.

“The way she responded to the script and how she is approaching the character, it’s very beautiful to see. I think she’s going to do something stunning and intriguing at the same time,” he added.