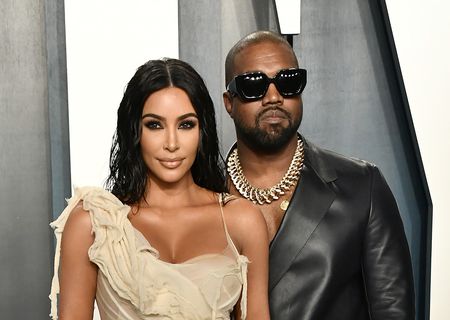 During the last few months, we have seen a rift opening up between Kim Kardashian and Kanye West. Kanye had earlier admitted that he was planning to divorce Kim.

According to a report by CNN, two close sources have said that the couple is discussing their divorce and their future plans.

Kim and Kanye have been living separately for several months now

The sources reported that Kanye West and Kim Kardashian have not even been living together in the past few months. Kanye was staying at his home in Wyoming, while Kim has been living with their children in California.

CNN reported that the source revealing this information asked for anonymity due to the sensitive nature of the issue.

“They have been living separately for the last few months. They have been in marriage counseling and have discussed divorce, it’s on the table.”

CNN also reported that Kim Kardashian has already hired a divorce attorney and she is currently consulting the best course of action with her. Reports say that this is the same attorney who had helped Kim in her previous divorce from former NBA player Kris Humphries.

“Divorce is something that has been discussed off and on for the past year but Kim has not wanted to move forward on that.”

They also said that there has been no drama so far since Kanye and Kim are trying to figure out a solution that works best for their kids.

Kim and Kanye met for the first time in 2000

Kim and Kanye actually met for the first time in 2000, but it took many years for them to start dating each other. They went public about their relationship in 2012 and had an expensive destination wedding in 2014. They have four children – North, Saint, Chicago, and Psalm.

Kim recalls the first-ever time she met Kanye West, in an interview with Kanye West himself:

“This was before you released your first album and you were known as a music producer. I was really shy. You thought I was [singer] Brandy’s assistant, which I wasn’t. Ever since you said that, it’s everywhere… like “Kim is Brandy’s assistant.” I was her friend and stylist. I thought you were attractive, nice, very charming, really funny, powerful — I was in awe of you, but I was really shy, quiet, and a little nervous, to be honest.”

Kanye’s mental health is on a decline

Kanye West has done a series of bizarre things recently, such as his unquestioning support for Donald Trump and then announcing to run for the Presidential election in 2020.

He has also talked about his mental illness and bipolar disorder:

“When you’re in this state, you’re hyper-paranoid about everything, everyone. This is my experience. Other people have different experiences. Everyone now is an actor. Everything’s a conspiracy. You feel the government is putting chips in your head. You feel you’re being recorded. You feel all these things.”

Apparently, Kim has been dismissive of mental healthcare for Kanye and said that his mental ailment was an “emotional process.”

“We can definitely feel episodes coming and we know how to handle them. For him, being on medication is not really an option, because it just changes who he is.”