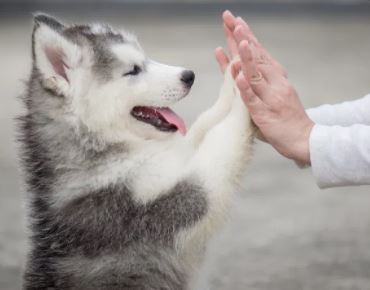 We, humans like to think of ourselves as a special bunch, but it turns out we have plenty in common with other animals.

Math? A monkey can do it.
Tool use? even birds have mastered that. Culture? Sorry, guys, even chimps have it.
Here’s some more proof of how humans and animals are just the same.

Humans have complex ears to translate sound waves into mechanical vibrations our brains can process. So, as it turns out, do katydids. Katydids’ ears are a bit simpler than ours, but they can also hear far above the human range.

Elephants can make the same sounds we do. According to researchers, an Asian elephant living in a South Korean zoo has learned to use its trunk and throat to mimic human words. The elephant can say “hello,” “good,” “no,” “sit down” and “lie down,” all in Korean, of course.

3) Facial Expressions of a Mouse

We make weird faces when you’re in pain, right? Guess what, so do mice.

The researchers at McGill University and the University of British Columbia in Canada found that mice subjected to moderate pain “grimace,” just like humans.

Dolphins may sleep-talk in whale song, according to French researchers who’ve recorded the marine mammals making the non-native sounds late at night.

5) House-Building Skill of an Octopus

The veined octopus can make mobile shelters out of coconut shells.