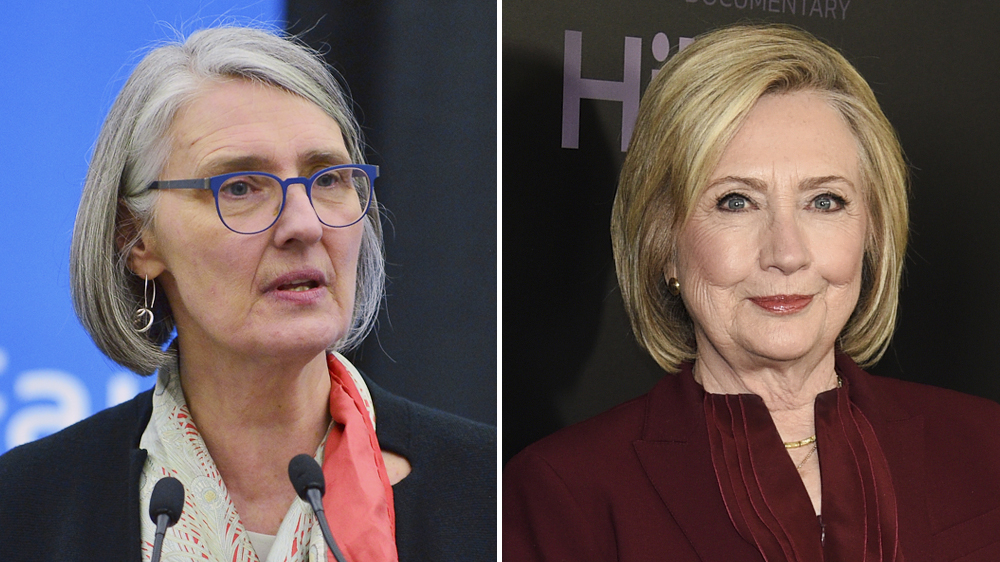 Who do we call a true fan of mystery? Well, when a fan grows from admiring mystery novels to writing one down and Hillary Rodham Clinton can definitely be labelled as one such fan. Clinton is all set to work on State of Terror as she collaborates with her friend, one of the much celebrated Canadian novelists Louise Penny.

State of Terror has a plot that can possibly occur to someone who comes from a background like Clinton’s. It’s about a “novice” secretary of state who is working in the administration of a rival politician and tries to solve a wave of terrorist attacks.

The novel clocks around 320 pages and will be jointly launched by Clinton’s publisher, Simon & Schuster, and Penny’s, St. Martin’s Press on October 12.

“Writing a thriller with Louise is a dream come true,” Clinton, who has been an admirer of Penny and a few other mystery writers stated on Tuesday.

Penny whose noteworthy works include The Cruelest Month and The Brutal Telling, is more than glad to team up with Clinton.

“Couldn’t say yes fast enough  to the chance of working with Clinton,” she said.

“What an incredible experience, to get inside the State Department. Inside the White House. Inside the mind of the Secretary of State as high stake crises explode,” she added.

Hillary’s husband, former President Bill Clinton has already written two thrillers of his own with the renowned novelist James Patterson. In one of these novels, a president is forced to go off the grid after finding a traitor in the cabinet while the other book is about a kidnapping of the president’s daughter.

As far as Hillary’s recent works as a writer are concerned, she penned down memoirs: Living History and Hard Choices and What Happened which is about her surprise loss to Donald Trump in the 2016 elections.