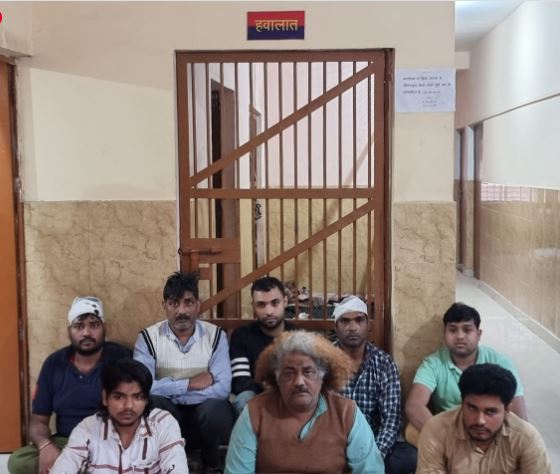 Get over Tuwada Kutta Tommy and Powri Hori hai trend, everyone’s going gaga about Chacha on Twitter. The Chacha meme is doing rounds on the internet. A video on the clash between chaat sellers aka the chacha of the internet in Uttar Pradesh’s Baghpat went viral.

A video of two groups fighting over customers for chaat in a Uttar Pradesh town has gone viral yesterday. Harendra, who claims to have a 40-year-old establishment, one of the eight men who got arrested after the aggressive fight.

As that he had suffered because of his rivals over the past few days.

“They kept drawing my customers away…they kept telling them come to our shop, his food is last night’s…The customers would return my chaat,” Harendra complained. “They did this four or five times”.

Harendra said that he had suffered because of his rivals over the past few days. The bizarre fight at a popular market in town continued for about 20 minutes before it broke up. The video, recorded possibly by a bystander, soon surfaced on social media and went viral.

Harendra with henna-streaked hair grabbed the most attention on social media. Social media users addressed him as chacha and soon he became the meme-makers favorite subject. The users said he looked like ‘straight out of a 90s film’, and it began to trend in India.

The Best Of Chacha Memes