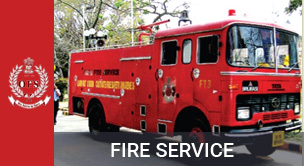 Over 125 patients, including pregnant women and newborns, were evacuated after a fire broke out at a COVID-19 hospital in Jagatpur town of Odisha’sCuttack district on Monday, officials said. No loss of life has been reported so far, DG (Fire Service) Satyajit Mohanty said.

The fire broke out in the afternoon on Monday. Senior officials, including Cuttack deputy commissioner of police, Cuttack Municipal Corporation commissioner, and chief district medical officer reached the spot yesterday and coordinated the rescue and evacuation operation.

All the patients were rescued safely and immediately taken to nearby COVID facilities,” Cuttack District Collector Bhabani Shankar Chayani said. Central Range Revenue Divisional Commissioner (RDC)Anil Samal has ordered an administrative enquiry into the incident after visiting the hospital. Health and Family Welfare Minister N K Das has also asked the Fire Service Department to submit a report on the cause of the accident.

How was the situation when the fire erupted?

The blaze erupted in one of the ICU wards — where six critical patients were on ventilators — on the third floor of the hospital, a doctor said “The smoke was so dense that we had to use the flashlights on mobile phones to come out of the building,”said a patient. Hospital sources said there were at least 10 pregnant women undergoing treatment for COVID-19 and six others, who had come under the scalpel for the Caesarian section in the last one week.

“All the critical patients in the ICU were first rescued by the hospital staff and subsequently, the remaining wards located in other floors were vacated,” Chayani said, adding, a bus and 12 ambulances were pressed into operation to shift the patients to six other COVID facilities located in Cuttack and Bhubaneswar. Chief Fire Officer Sukant Sethy said the blaze was brought under control within 10 minutes with the help of five fire tenders. “The cause will be known only after an investigation,” he said.

Are private hospitals following the necessary measures for fire control?

Fire Department sources said the private hospital had come under audit, following a similar incident in Gujarat in August, and it was certified to have adequate fire control measures in place. “The personnel involved in the rescue and evacuation process will undergo COVID-19 tests as they came in direct contact with the patients,” Commissioner of Police, Bhubaneswar-Cuttack, S Sarangi said.