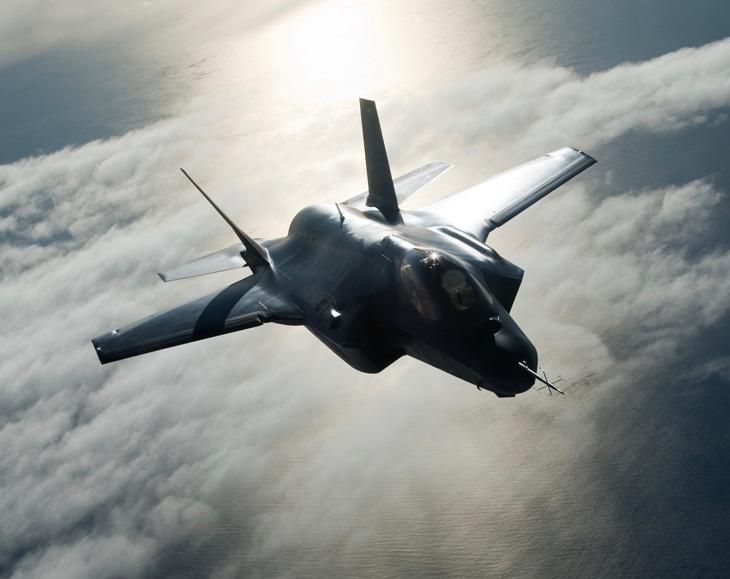 According to reports circulating in world media, USA has just developed the most advanced and most dangerous aircraft ever with abilities like hypersonic speed, untraceable flying, laser guns, AI pilot, and the capacity to fly into near-Earth space.

Dubbed as the mysterious six-generation fighter jet, this aircraft is called the F-35 stealth fighter and it has got the world talking. So what’s so special and not-so-special about this aircraft, which is being called the world’s most ruthless fighter plane?

These are salient features of the F-35

The budget documents of the US Air Force reveal that the new sixth-generation F-35 has more durability, survivability, lethality, and persistence as compared to any other aircraft in existence. Most astounding part about this fighter jet is that it will be equipped with lasers which will derive energy from the engine. And this aircraft is untraceable, which means it can’t be seen or caught on radar.

From this aircraft, the pilot will also be able to control drones and send them into areas that are dangerous or inaccessible for a fighter plane.

The F-35 makes the USA Airforce even more superior as compared to other militaries of the world.

Donald Trump is most enthusiastic about it

Donald Trump has always supported this mission, and ensured that there was always money for this project. He said:

After years of devastating budget cuts and a military that was totally depleted from these endless wars, we have invested over 2 trillion — trillion; that’s with a “T” — dollars in the most powerful fighting force, by far, on the planet Earth,”

“We are building new ships, bombers, jet fighters, and helicopters by the hundreds; new tanks, military satellites, rockets, and missiles; even a hypersonic missile that goes 17 times faster than the fastest missile currently available in the world and can hit a target 1,000 miles away within 14 inches from center point.”

Here is what common people need to know

That right there is the irony of everything. In truth, US military budget has only grown every year and it has been increased by 4500% in the last 60 years.

US has existed for over 244 years, and it has been at war for 227 years. And whose fault is that? The countless invasions, coups, funding of terrorist organizations such as Al-Qaeda, Taliban, and ISIS has been done by US.

Remember that this is the same country that says they don’t have enough money for public healthcare or public schools or Coronavirus stimulus.

US is also the country where 41 million people sleep hungry, and millions are homeless. The minimum wage hasn’t increased in decades.

Only thing they have increased is their military spending, and it’s so surprising how common people fail to see it that the corporations and military only exist to serve the greed of the top 1% and they add nothing to value to the lives of common people.

US could send fighter spaceships to battle with aliens, but the common Americans will still be dying without healthcare and working three jobs to just be able to pay for rent and food.