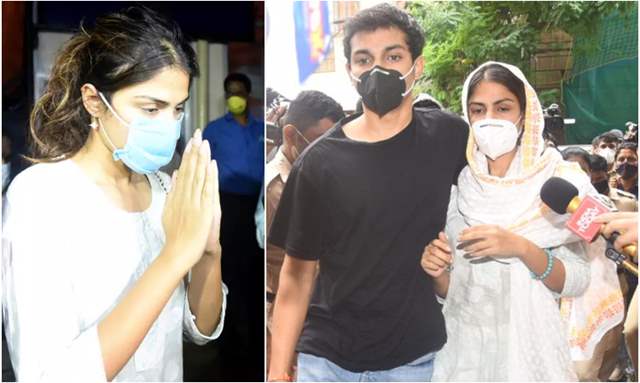 Rhea Chakraborty was in a “live-in relationship” with Sushant Singh Rajput and had left his house on June 8 – just six days before the actor died. Sushant was found hanging from the ceiling of his apartment in suburban Bandra in Mumbai on June 14 and after a while, Sushant’s father filled an FRI against Rhea Chakraborty and currently CBI along with NDPS are probing the case and have arrested a few accused.

Rhea Chakraborty being of the primary accused was arrested last Tuesday by the Narcotics Control Bureau on charges that she organized drugs for Sushant Singh Rajput. She was described as an “active member of a drugs syndicate” by the drug probe agency.

Rhea Chakraborty’s plea has been denied by the Mumbai court. The court referred to her statements during her three-day interrogation, where she acknowledged their statements and explained her, Showik’s (Rhea’s brother), and the role of other accused in financing and procuring drugs for late Sushant Sign Rajput for consumption purpose.

While denying Rhea’s plea, the court has also reasoned that if she was released, she would alert “other people” she had named during the investigation who were involved in the consumption and buying of drugs, and which could lead to the destruction of evidence.

The session court has also ruled out the argument that only 59 grams of the drug were seized in the case.

According to Rhea’s lawyer Satish Maneshinde, no illicit substance was seized from her, and the allegations only include a ” short amount of drug” (Ganja) which can only lead to one’s years jail and warning from the respective authorities.

But the court disagreed with the arguments put forward by Satish Maneshinde.

According to the prosecution accused is involved in the illegal trafficking of drugs. She has financed for drugs for late Sushant Singh Rajput and therefore, she has committed an offence punishable under section 27-A of the NDPS (Narcotic Drugs and Psychotropic Substances) Act which is non-bailable.”

Also, under the law, no particular quantity of the drug was required to prove the offence, the court said. According to section 27-A of the NDPS Act, whoever indulges in financing drugs, directly or indirectly, can face rigorous imprisonment for 10-20 years and a fine of up to 2 lakh.

NCB had traced out some crucial WhatsApp chats and other electronic evidence. It also claims that some amount is also transferred via the credit card of the accused.

The trial is underway and the CBI will further probe people who are involved in the case.