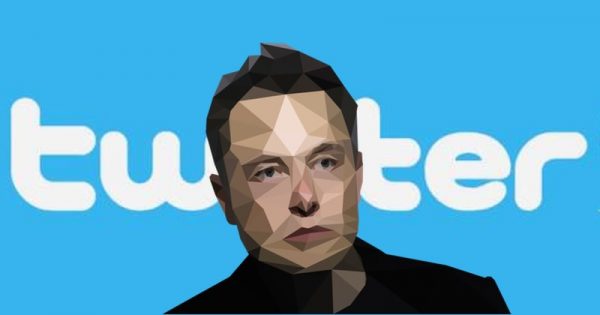 Elon Musk recently snatched the spot for the world’s richest from Jeff Bezos – but this achievement didn’t last long. He has lost $20 billion in the last two days and slipped to the second spot yet again.

According to an estimate by Forbes, the net worth of Elon Musk has slipped down to $167 billion as of now. Jeff Bezos is hovering at $182 billion. At the third position, Bernard Arnault is going strong with $147 billion, while the one-time unassailable Bill Gates is now at fourth place with a net worth of $120 billion.

He gained $150 billion alone in the last 7 months

Ever since the Coronavirus pandemic started in March 2020, Elon Musk’s wealth has grown by $150 billion. He was only worth $24 billion when 2020 started, and he was constantly disparaging the US government for initiating lockdowns – claiming that it’ll cost him his business.

But contrary to his predictions, his wealth grew since he kept his factories running even during the lockdown and docked the pay of the workers who were working from home.

Tesla’s stock rose by 720% within a year alone, perhaps one of the steepest and sustained rises in the history of the stock market. This could be considered astonishing, based on the fact that Tesla produced only a million cars in the entire year – which is a small fraction of the number of cars that big companies like GM and Toyota produce.

Since forever, Elon Musk has claimed that he does not care about money

Elon Musk is also known to show virtue-signaling about his skyrocketing wealth, where he feigns humility and claims to not care about money. 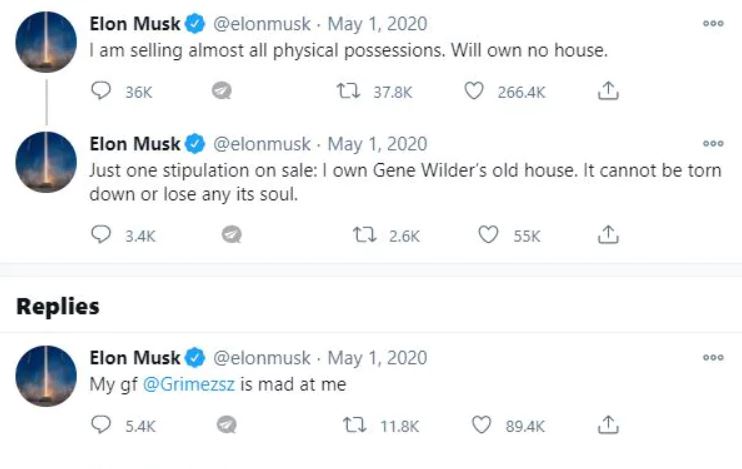 Even when he was announced to be the richest man in the world, he brushed it away with a nonchalant tweet. 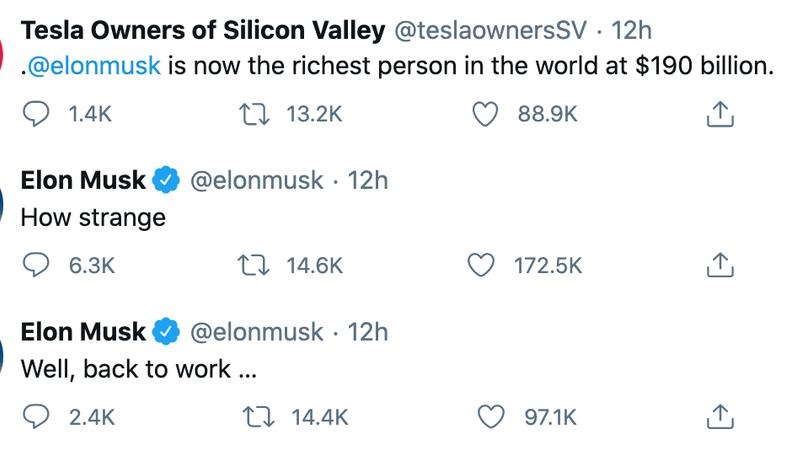 On many occasions in the past, he has often claimed that “Tesla’s stock price is too high”, and that he’s going to sell all his houses and other physical properties.

Often, this does not bode well with his investors

Sometimes, this led to his investors bailing out on his stock – but now he has managed sustained growth despite his quirky mannerisms that many investors are not very fond of.

“We view these Musk comments as tongue in cheek and it’s Elon being Elon. It’s certainly a headache for investors for him to venture into this area as his tweeting remains a hot button issue and [Wall] Street clearly is frustrated.”

In 2018, regulators even fined his company $20 million and made an agreement with Musk that he will pre-screen all his social media posts by lawyers.