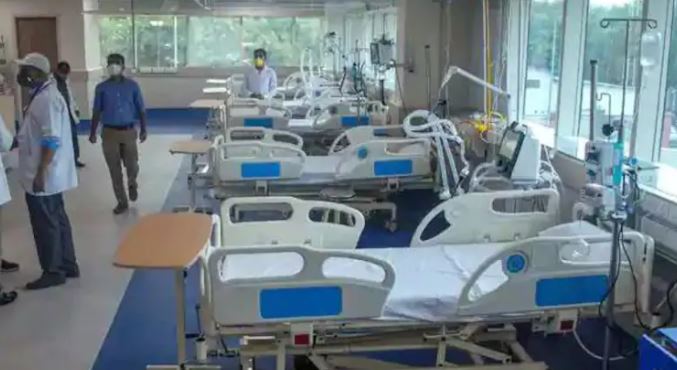 With the country battling the second wave of COVID where hospitals are running out of COVID beds & oxygen ventilators, the Defence Research and Development Organisation (DRDO) is all set to reopen COVID-19 hospitals in four cities- Delhi, Lucknow, Ahmedabad, and Patna.

Sardar Vallabhbhai Patel Covid Hospital in Delhi Cantt is set to deal with the massive spike in infections as the national capital struggles with another deadly wave of the disease, officials familiar with the move said on Saturday.

The facility was temporarily shut in the first week of February after daily Covid-19 cases were gone down and space wasn’t being used significantly, said one of the officials cited above. “We are reopening the hospital on Sunday to provide treatment to patients,” the official said.

The DRDO hospital has the capacity to admit 1,000 patients, however, reports suggest that it will restart with 250 ICU-ventilator beds. It was built in a record time of 12 days and was made operational on July 5 last year.

Delhi has witnessed a spike in COVID cases over the past weeks, the cases shoot up and crossed the number of 25,000 new cases that were detected on Sunday. Meanwhile, Chief Minister Arvind Kejriwal has announced that 1,400 to 2,000 beds will be prepared for COVID-19 patients in the city in the next two days, as the city wrestled with a shortage of oxygen and beds amid the surge.

Deputy CM Manish Sisodia said in view of the shortage of oxygen at hospitals, a new oxygen plant will be started. Radha Soami Satsang Beas premises will house 5,000 oxygen-supported beds, he said. At Satyawadi Raja Harishchandra Hospital in Narela, Sisodia said the number of beds there will increase to 400. Currently, there are 130 beds at the hospital.