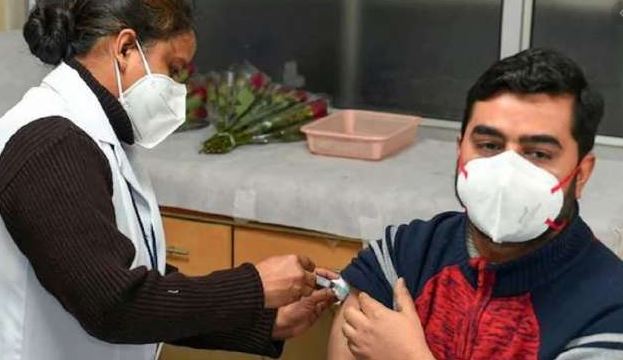 COVID Vaccination shots will be available to all above 18 from May 1st, the government has announced the same yesterday after Prime Minister Narendra Modi held a series of meetings over India’s response to record daily surges in Covid cases. The immunization drive was currently restricted to only citizens aged above 45.

Vaccination to all above 18: “Everyone above the age of 18 to be eligible to get the vaccine against COVID-19,” said a statement issued by the government. “Vaccine manufacturers incentivized to further scale up their production, as well as attract new national and international players,” it added.

States can procure Covid vaccine doses directly from manufacturers: “Vaccine manufacturers empowered to release up to 50 percent of their supply to state governments and in the open market at a pre-declared price,” the Centre further stated.

The country reported 2.73 lakh new daily cases in the highest spike since the pandemic broke out a year ago. India began a vaccination drive for the general public in January using two Covid vaccines – Serum Institute of India’s Covishield developed by Oxford-AstraZeneca and Bharat Biotech’s made-in-India Covaxin. So far, the government had allowed vaccinations only for health workers, frontline workers, and those above 45 in a centrally-controlled process.

In recent weeks, CM’s of states like Maharashtra, Delhi, and Punjab had called for opening up vaccinations and had also complained about running out of vaccine stocks. The requests of the states have been granted and people who earn the bread & butter for the family will be vaccinated soon.