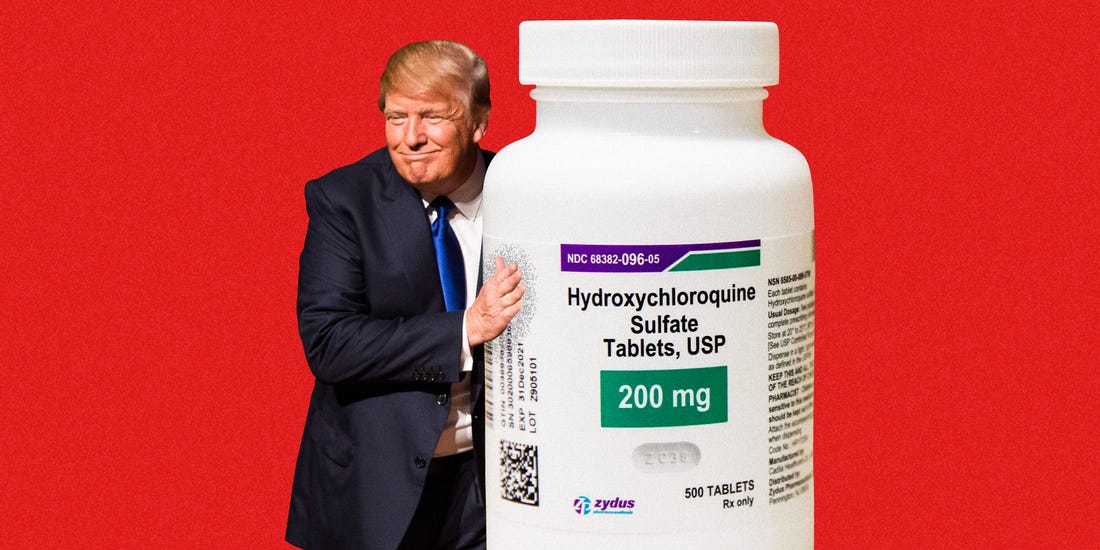 Remember when people thought that Hydroxychloroquine would be able to cure COVID-19? Back then, USA had ordered millions of doses and the American pharma companies hoarded them, hoping to sell it to people and make a huge profit.

But then doctors found that Hydroxychloroquine was causing more harm than good, and then it was pulled out of the treatment. WHO even went as far ahead as to ban its usage in curing COVID-19.

But now, the American pharma companies are sitting on a heap of Hydroxychloroquine which they can’t sell. And so Donald Trump has come to their rescue.

He wants you to take the drug, and doesn’t care what happens

Donald Trump has advocated the medicine many times before in the past. Once he even said that he was taking hydroxychloroquine for weeks, and he felt great – but he didn’t specify why was he even taking it if he didn’t have Coronavirus.

The conclusion was that he was just trying to sell hydroxychloroquine to his gullible followers who would buy the medicine just because he said so. He genuinely didn’t care if people died by taking a dangerous and unverified medicine, even if they were his own supporters. He was only trying to make a sale.

Hydroxychloroquine vs. COVID-19, does it work, or does it harm?

The truth about hydroxychloroquine is that it simply doesn’t work and it can cause hearth rhythm problems. Even FDA and WHO have raised concerns over it.

Taking hydroxychloroquine for people who don’t actually need it – it can case heart rhythm problems, blood and lymph system disorders, kidney injuries, liver problems and failure – according to FDA. Even the Department of Veteran Affairs did a study which showed that more people died of COVID-19 when they were treated with hydroxychloroquine.

On the other hand, Donald Trump has told people to freely take it and even added that “you’re not going to get sick and die.”

This is what Trump actually said

Now, he has shared a tweet that said that hydroxychloroquine is being suppressed only to keep the death tolls high and to shut down the American economy before the election in November.

The tweet which Trump had shared was from a “Trumpublican” named Melissa Tate who claimed that 6000 doctors surveyed worldwide have said that hydroxychloroquine. Later, the fact-checking organization FullFact debunked this claim and said that this report contained major inaccuracies.

Trump seems to think that all the doctors and scientists in the world are part of some global conspiracy to kill Americans, and shut down the economy – just so that they can keep Trump out of power. This level of narcissism and an over-inflated sense of self-importance is bestowed only to right-winger nutcases like him, Brazil’s Bolsonaro, and India’s Modi.

He is forcing schools to reopen, but not his son’s school

Donald Trump and the republicans are also forcing schools to reopen in the midst of pandemic, which threatens the safety of teachers and kids. But the elite private school where Trump’s son Barron goes to study, that school won’t be reopening to “protect the kids” – so in this government only the safety of rich kids matter while common kids can be sacrificed “for the sake of economy.”

Meanwhile, right-wing tirades against masks and social distancing are still rampant – and the Coronavirus cases keep mounting everyday in US. White House has now taken control of the data from CDC and they are hiding the numbers to save the image of Donald Trump.