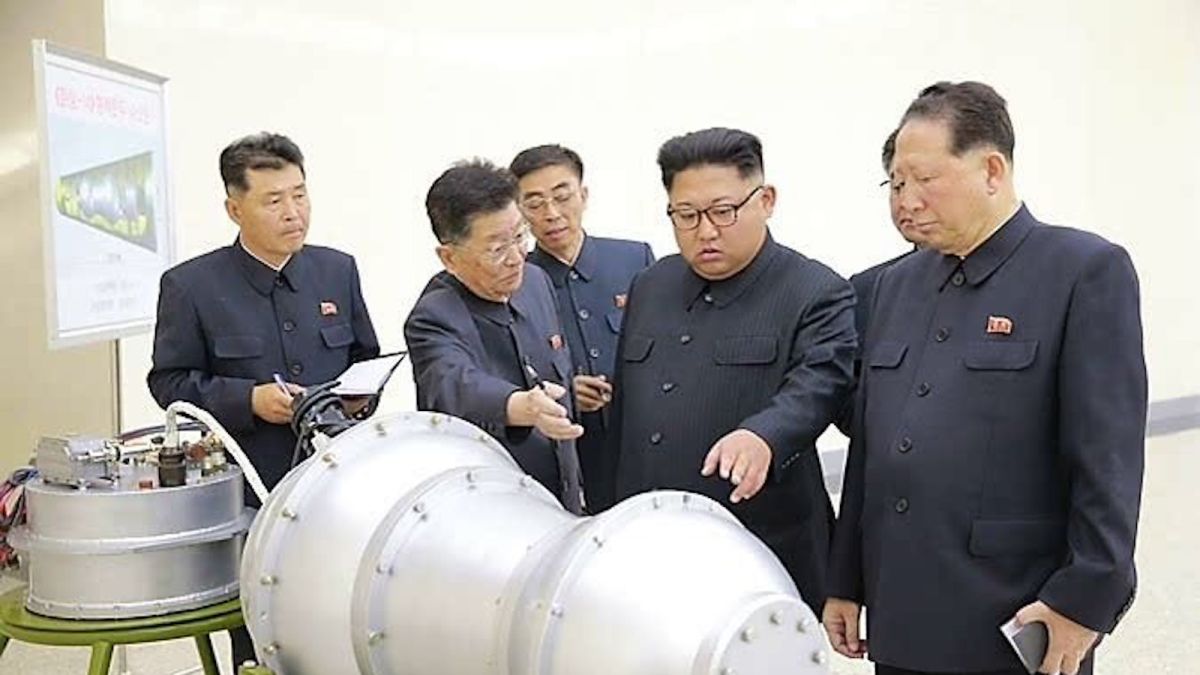 Do you know what’s next week?

On 6th and 9th August, it will be the 75th anniversary of Hiroshima and Nagasaki nuclear bombing by the USA – where 4 million innocent people were killed. It was the greatest single act of terrorism and war crime committed by the country that whines about two broken towers and calls itself the champion of peace and freedom all over the world now – all this while having a military budget of $738 billion.

Remember that this is the same country that has been pressurizing North Korea to give up their 20 nuclear warheads while they themselves own 5800 warheads. In 1977, US even shot down an Iranian passenger plane in the airspace of Iran itself, claiming that they thought it was a fighter jet – killing hundreds of innocent people.

Kim Jong-Un made snide remarks against the USA

North Korean leader Kim Jong-Un has said something that has irked not only the western media and white liberals, but also sparked the nuclear debate once again. He said that his nuclear arsenal is to keep his country safe, and they will not need to fight wars because of them.

“With our reliable and effective self-defensive nuclear deterrent, there will be no more war on this earth, and our country’s safety and future will be secured forever.”

By making snide remarks against USA, Kim said that their nukes will defend North Korea “against any high pressure and military threats of imperialists and hostile forces.”

While the biggest nuclear power in the world – USA has been bullying countries like Iran and North Korea to give up their weapons, it is amusing to see western capitalist media getting all riled up at the idea that a small communist country such as North Korea should have weapons.

USA is the only country in human history to use weapons of mass destruction, that too against four million innocent people – and then they also have the shameless audacity to mistrust other countries with their own weapons. The hypocrisy couldn’t have spoken louder.

Kim Yo Jong has warned USA

The USA has been constantly trying to convince Kim Jong-Un by scheduling meetings of Trump and Kim. But as long as US itself keeps investing in its own military, deploying forces in other countries, staging coups and toppling governments to ensure that their companies keep carrying on with their neo-slavery and neo-colonialism by stealing resources and exploiting workers – the US cannot be trusted, let alone be accepted as the messiah of democracy and freedom and peace.

Kim Yo Jong, who is the sister of Jong-Un and also the second-most powerful person in the country – has said that US needs to change a lot about itself if they want to have another meeting with Kim. She also said that US needs to stop being hostile and aggressive against North Korea for absolutely no reason other than pettiness.