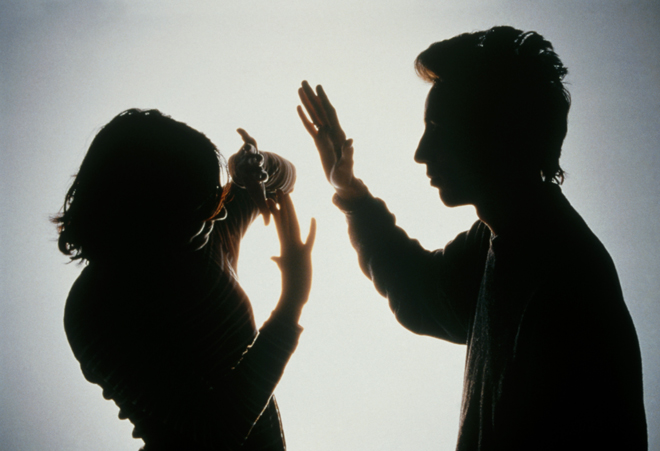 By the time you finish reading this article, thousands of women across the world would have been victims of domestic violence – just in this short amount of time.

One of the most horrific, yet unaddressed problems of the world is domestic violence. According to a report by WHO, 94% victims of domestic violence are women, and women worldwide are more likely to die by the hand of an intimate partner rather than by disease or accidents. Yes!

We have collected a list of things women everywhere should know about domestic violence, to help them recognize the problems, and seek help when needed:

#1. More than 1 billion women worldwide get abused every year

And top of that, these are just the cases which are reported and registered in police stations and courts. According to a study by MIC, only 30% of the cases are reported while 70% cases go unreported. That puts the number of physically abused people to 1 billion every year!

#2. Abuse is not always physical

Violence is not always physical – at times it takes many different forms such as sexual assault, emotional abuse, abandoning, coercion, power play, threatening, manipulation, mind games, gaslighting, financial abuse by taking away your money or not providing sustenance.

Societies which are more patriarchal, right-wing, and capitalist – tend to be literal hell-holes for women. In the middle-east and in the countries such as India, Bangladesh, Pakistan almost every woman goes through physical and sexual abuse at one point in her lifetime. More than 60% women in these countries spend their entire lives being married to an abusive man.

#4. Abuse can happen in dating as well

What might start as a pang of jealousy or possessiveness, can soon turn into something toxic and abusive. During dating, men often refuse to treat their women partners as equals, and seek to take control of their lives. When women refuse to budge, men engage in violence and abuse and manipulation.

According to abuse prevention activists, women of ages 17-24 are most vulnerable to such atrocities as they are often dating older men who are usually more patriarchal and violent.

Even though 94% victims of domestic abuse are women, there are a few men as well who face violence at the hands of their partner. Men often don’t speak up about it and don’t seek help because society further shames and embarrasses them for being “weak” and “getting beat up by a woman.”

#6. Queer relationships are not free of abuse, either

A partner might threaten to “out” their partner, cut off their support system by manipulating their friends, use their gender identity to play victim and justify the abuse, sometimes throw in fancy buzzwords to justify their toxic behaviour.

#7. Friends and family have the most important role

Considering the toxic nature of most families, people going through abuse don’t even share or ask help from their family. And families are even more abusive towards women, often ignoring and dismissing women’s problems and complaints.

Most important thing to change in families to build an environment of trust and support, where there is no shaming or judging, so that a family member going through abuse can freely share their feelings.

#8. Understand that leaving is not easy but it can be done

Many people assume that someone in an abusive relationship should just walk out and leave, and it’s that easy. Truth is much more complex than that. Most women who leave an abusive relationship abruptly, are the ones who get into more danger since the abusive man can get even more violent and vindictive – and often engages in rapes, acid attacks, or even murder to take revenge.

Many women in abusive relationships are not financially independent, or don’t get support from their families, and their support system consists of other women who are also in similar situations of abuse – so women can’t just leave and venture out into the world without having any safety net at all.

#9. Please understand that it’s not your fault

Our social norms of “men will be men” often goes beyond harmless chivalry and takes a trip into dangerous territory. Social norms often say that men are naturally aggressive and women shouldn’t do anything to anger men – this line of thought places the blame on women for their own abuse and trauma at the hands of men.

#10. Red flags are not always noticeable

Some would ask women that why did they get into a relationship with a problematic and abusive man in the first place. But the truth is that it’s hard to identify an abusive person you have just met. They are often charming and convincing, they seem nice and caring and then their toxic behaviour comes out slowly, inch by inch.

In the beginning, women often ignore such things because they seem small and tolerable, as the abuse keeps getting worse and by that time it’s hard to leave.

#11. Always put yourself and your self-care first

Often in abusive relationship, it happens that women keep catering to the needs of men to avoid getting abused and to keep things going smoothly. It takes a big toll because then your own goals and priorities are ignored, and the sacrifice doesn’t really prevent the abuse.

While it may not be easy in a toxic relationship to take time out for yourself, but realize that you are the most important person for yourself there is – and always take care of yourself. When getting into a new relationship, it’s most important for women to always make it clear that you will put yourself first, it helps in setting up boundaries and your personal space.

#12. Reach out for help, and help others when you can

Don’t hesitate to reach out to family, friends, your therapist, or anyone you trust – and ask for help. Share your feelings instead of bottling them up, and try to leave when you think it’s safe and you can afford to do so.

If someone reaches out to you for sharing their problems or asking for help, be there for them if you can. Being considerate and caring for each other is the only way out, and it helps in healing from the trauma after you have escaped the abusive relationship.