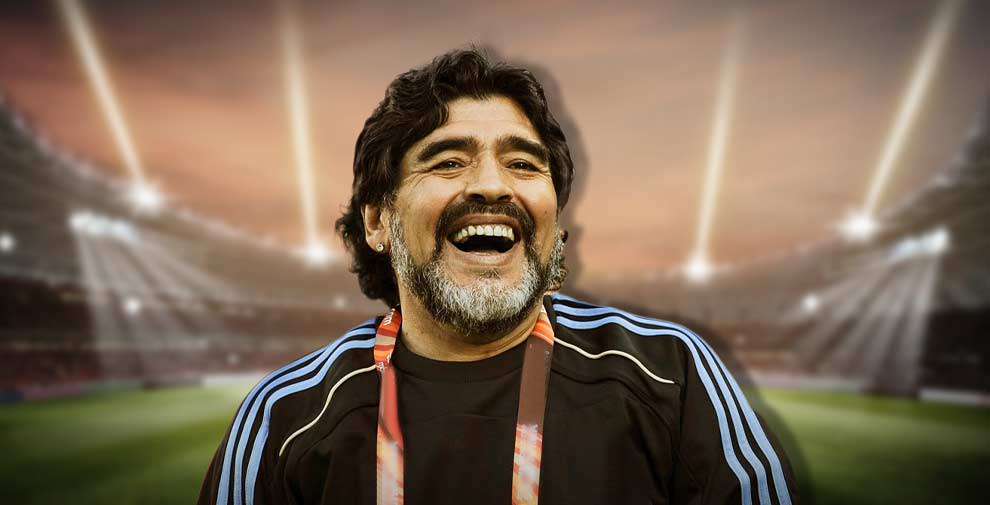 Diego Maradona, arguably the greatest footballer of all time, has passed away at the age of 60. Early reports say that he suffered a heart attack and he wasn’t well for last two weeks after he had the surgery for a blood clot in his brain.

Although, the police are investigating the death and checking if someone had entered his house and might have a hand to play in his death. Considering that Diego Maradona was hardcore leftist and anti-imperialist, this would seem plausible.

Here’s more that you need to know so far:

Diego Maradona won the World Cup for Argentina in 1986, and his goal against England in the quarterfinals was named as the “Goal of the Century.”

He achieved many feats for Argentina, and gained worldwide fame for his exceptional gameplay that was like no other.

Although, this remarkable life had to end. About his death, Maradona’s nephew said that his last words before he went to bed were: “I feel sick.” And then he went to sleep, but never got up.

Outside of his football life, Maradona was known for his anti-imperialist and socialist views. His leftist politics was always about fighting against the corruption in the FIFA, which he compared to a mafia.

He wanted to unionize football players to make sure that their rights were not exploited by the rich clubs, and in the late 90s, he formed the International Association of Professional Football Players to defend players’ rights.

He was a strong supporter of the independence of Palestine

Maradona, also known as “El 10”, openly showed his support to left-wing, socialist, and progressive movements and governments in the world and specifically in Latin America. He also openly opposed imperialism and colonialism and was a firm supporter of the Palestinian cause saying “in my heart I am Palestinian.” and “I am a defender of the Palestinian people, I respect them and sympathize with them, I support Palestine without fear”.

He had tattoos of Che Guevara and Fidel Castro

He proudly wore a Che Guevara tattoo on his arm and a Fidel Castro one on his leg. He was a close friend and supporter of Hugo Chavez, Evo Morales, and Fidel Castro among other socialist leaders.

He once said “I believe in Hugo Chávez. I am Chavista. Everything that he and Fidel do, from my point of view, is the best”. As a socialist and anti-imperialist Maradona remained a committed supporter of Venezuela’s Bolivarian Revolution and progressive social movements across Latin America, never losing hope in the poor and the oppressed to emancipate themselves.