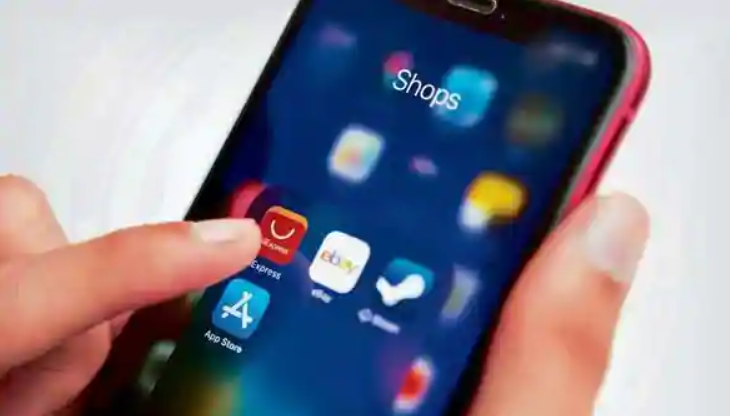 As cross-border tensions between India and China continued, the Ministry of Electronics and Information Technology (MEITY) on Tuesday imposed a ban on 43 more Chinese mobile apps.

Interestingly, 13 out of the 43 banned apps are Chinese dating apps.

The majority of the apps in the list are Dating Apps which are quite popular amongst youngsters in the country. Below is the list of all the China-based Dating Apps- 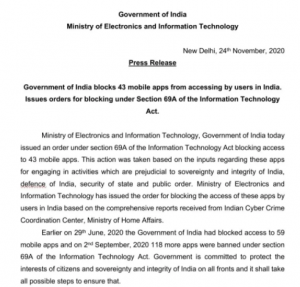 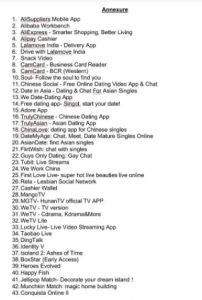 This is the third such move by the Indian government with the more than six-month-long border tensions with China refusing to die down despite several rounds of negotiations at the diplomatic and military levels.

The apps were banned under Section 69A of the Information Technology Act. “This action was taken based on the inputs regarding these apps for engaging in activities which are prejudicial to sovereignty and integrity of India, defense of India, the security of the state and public order,” the ministry said in a statement.

Experts praised the move. “The biggest security concern is that a lot of apps on your smartphones collect massive amounts of data, which have nothing to do with the service they provide,” said Aditya Narang, co-founder of cybersecurity firm SafeHouse Technologies.

MEITY has stated that it has issued the order for blocking these apps based on the comprehensive reports received from the Indian Cyber Crime Coordination Center, Ministry of Home Affairs. “Government is committed to protecting the interests of citizens and sovereignty and integrity of India on all fronts and it shall take all possible steps to ensure that,” said the press release.

Since the Galwan Valley incident in June, this is the third list of apps that MEITY has banned. So far, a total of 267 apps have been banned by the government. Before on June 29, 2020, MEITY had banned 59 Chinese mobile apps and on September 2, 2020, 118 more apps were banned under section 69A of the Information Technology Act.