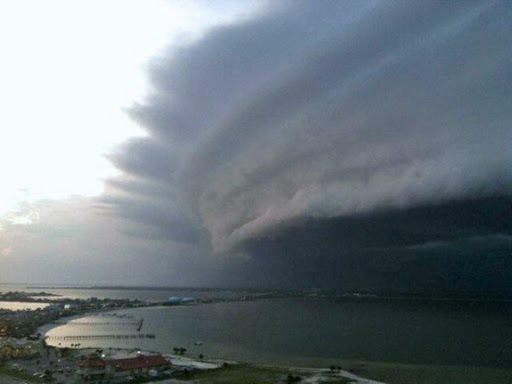 2020 is the year that will go down in history as one of the most eventful years ever. It started out with the world war three almost getting started, then we had fires in Australia, and Coronavirus which is still wreaking havoc. In between, we dealt with locust swarms and murder hornets, deadly earthquakes in Mexico and California, and now another strange thing…

An abnormally large dust cloud is headed towards America, on it’s 5000-mile long trek from the Saharan desert in Africa and it will strike Florida and Texas soon enough.

This is how big it actually is

Scientists say that trade winds often pick up dust from Sahara and dump it on the Gulf coast of America. But this time, this cloud is exceptionally large and it has the meteorologists worried.

“One of the things I noticed from this is the dust started coming off the coast of Africa several days ago, in fact maybe over a week ago. And it’s still coming. It’s almost like a prolonged area of dust.”

This dust will raise the pollution levels and cause severe health hazard for the people living on the Atlantic coast.

Scientists do warn that these dust particles may get mixed up with other particles in the air such as smoke or other dust particles or even the ozone gas. And it will cause a lot of pollution and severe respiratory problems to the people living near the Atlantic ocean.

But there is a silver lining to this dust cloud. As the dust gets picked up into the air, it absorbs moisture and creates dry air. This further reduces the possibility of hurricane formation in the ocean, which relies on warm air full of moisture.

So you might get rattled by dust storms but at least you won’t have hurricanes.

Despite this info, scientists are still concerned by how abnormally large this dust cloud is:

“I was amazed that the dust is still coming off the coast. You don’t see a break in it, so it’s just a sort of long-lasting area of dust.”

A golden lining in the dust cloud

Another golden lining to this dust cloud is that once the intensity of the cloud clears after it strikes land, people will see beautiful sunsets in the hue of orange, red, crimson, and pink. This happens due to sunlight getting scattered efficiently due to the dust particles in the air.

But this beautiful sight always has a darker history. Most often the vividly orange sunsets are caused by either volcanic ash or smoke from the forest fires floating up in the air.