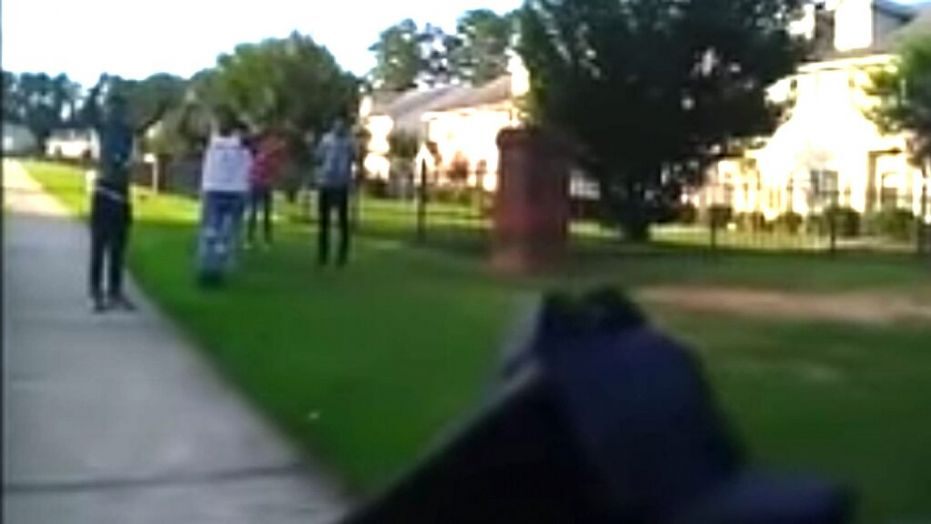 In a recent incident, a group of citizens came forward to save the lives of five black teenage boys from a cop pointing a gun at them.

A woman named Shanelle Ladd saw the teenagers with their hands up while a cop was almost about to shoot them, she immediately started recording and yelled at the cop to not shoot the kids.

This incident took place in Jonesboro, Georgia and the video of this incident has gone viral all over the world, shedding light at just how irrational and impulsive the police officers are.

Someone had called 911 and reported that a group of teenagers with a gun were fighting each other in the parking lot of a general store. When the CCTV footage was released, it showed that there was no fighting. And at the end of the investigation, there was no gun found as well.

The person who called 911 had also said that the teenagers had tried to steal from the shop, which was also proved to be false after some inquiry.

Although, when police responded to the call and reached the venue – they found that the teenagers were just walking on the road. The officer chased them down, pulled out his gun, pointed the gun at them and asked them to stop.

Then the officer told the teenagers to calm down and surrender, just on a suspicion that they might have a gun.

It’s a remarkable hypocrisy how the trained police officers often get panicked by toy guns, pet dogs, cell phones, bananas, hoodies or anything that black people do – and then shoot the black people because they felt “threatened.”

But the untrained citizens are supposed to stay calm when there are short-tempered and trigger-happy officers pointing guns at them – even with the full knowledge that the cops will probably shoot even innocent people, which they do.

As the teenagers put their hand over their head and surrendered, the cop still had his gun out and pointed at the kids.

By this time, people gathered around and started recording, shouting at the cops. There were almost 30 people who were comforting the kids and telling the cop to put his gun down. When the cop saw a crowd forming, he called for backup.

The officer asked the kids about what happened at the store, and if they had a gun.

Finally the officer put down his gun when another cop arrived, and then both of them started to search the kids. There were no guns found.

What the cop said to these black kids

Then the officers took the teenagers to the store and checked for any evidence of a gun, the kids said they had a BB gun which they tossed away in a nearby bush. The police found the gun and then warned the kids to not use this gun again.

This is what the officer said to the kids:

“It’s five of y’all. It’s one of me. Nobody got hurt, y’all listened to me. That was great. I don’t want to die, y’all. Listen you are not in trouble. You can get hurt, you shouldn’t have BB guns … I got kids just like you.”

While the Police chief of Clayton County has praised the cops for doing an “excellent job” – what they did was the bare minimum of their job. The job of police is literally to de-escalate situations and not kill anybody. But the American cops kill so many people all the time, that if they don’t kill someone for once then it’s considered an achievement.

Although this cop didn’t kill those kids because he himself was a black Puerto Rican man. He just wanted to do his job.

The kids were not arrested and there were no charges against them.

One of the kids later said to the reporters:

“I thought I was going to die because I’ve seen all these black kids dying and to have myself in that, it was just crazy.”

Rapper T.I. asked an important question: “Why are only people of color, young black boys, young black girls being gunned down into the hands of policemen and using excuses like BB guns?”

“They have white boys, they got real rifles they go hunting, every day, every week with their grandparents and parents. They aren’t being held at gunpoint.”