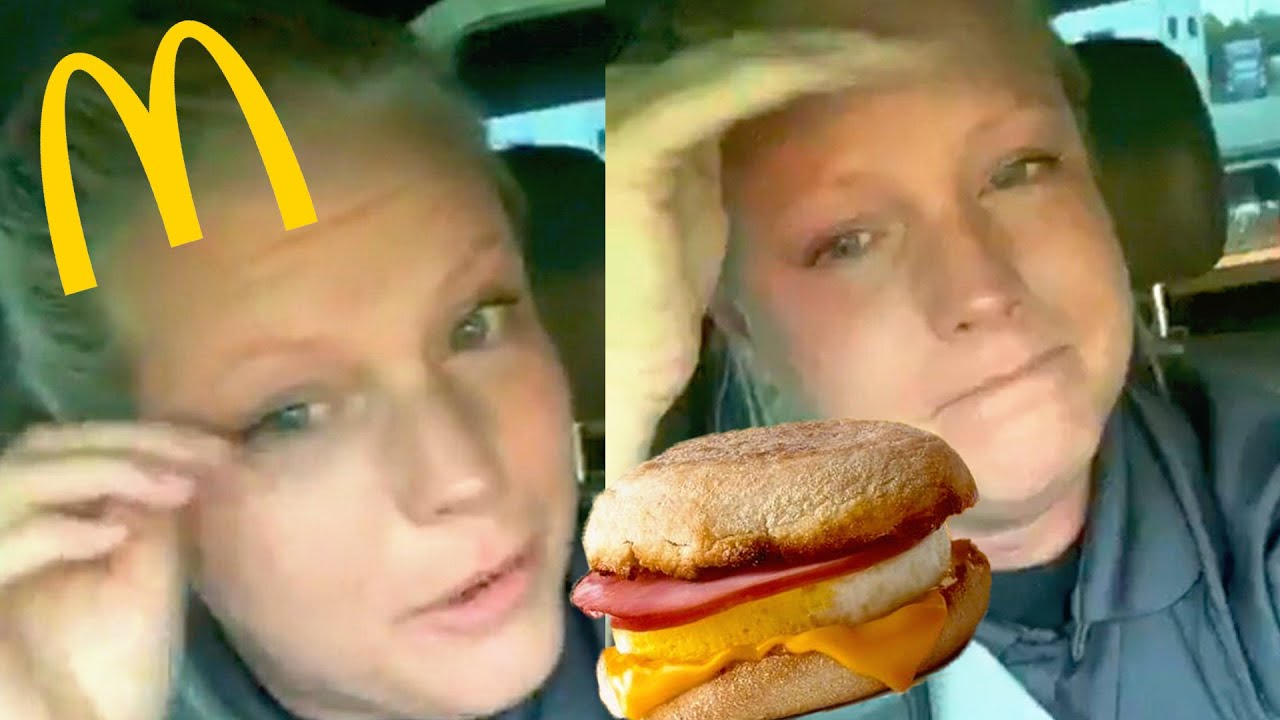 Officer Stacy Talbert, known to the internet as Officer Karen McMuffin – pulled into the McDonald’s drive-through, placed her order and then freaked out when it was late by a few minutes.

She started filming herself and made a tearful that went viral, without most people making fun of her for being entitled and paranoid.

Now, she has come forward saying that people “lost the point” of her video.

Did we really misunderstand the video? Was there more at play here? Let’s see.

This is the viral video of Officer Karen McMuffin

The original video was posted on Officer Stacy’s Facebook profile, and then shared on Twitter where it got 16 million views.

She started crying after the McDonald’s worker handed her just the coffee and said that she’ll have to pull up and wait for her egg McMuffin.

Officer Karen said she was nervous to take the food because she couldn’t see it being made, she was perhaps paranoid about her own safety, and wondered what the workers were doing with her food.

Although, it’s a pretty normal experience at any fast food place that your food gets delayed often and you can’t see it being made because the kitchen and the counter are separate.

While she cries over fast food, black people are still getting killed

Now, people pulled up the video and ran with it, making it viral. There are questions raised about how entitled do you have to be to make a fuss about a late order when there are black people literally getting killed by the police and the KKK?

Officer Karen is upset that no one says “Thank you” to the cops anymore – when Police takes up the maximum share of the city budget, Police always has all the gears and equipment, Police kills innocent people and always gets away with it, Police officers bully and harass people all the time.

She is also complaining about why people don’t like or trust cops anymore, and they are being judged by the blue uniforms.

So white police officers couldn’t handle two weeks of criticism and ignoring the fact the black people have been judged and criticized and killed for their skin colour for many centuries.

So what is white privilege?

Officer Karen said: “Everybody lost the whole point of the video. I’m just so sick of people being mean.”

Apparently, she’s not sick of people being racists.

She’s not considering how black people have to live in constant fear of losing their lives, and she’s panicking about a delayed order.

If this is not white privilege and entitlement, then what is?

Remember, Breonna Taylor’s killers are still not charged or fired

Meanwhile Officer Karen has a meltdown over her McMuffin, remember that the cops who killed Breonna Taylor in her sleep are still not charged with a crime. They are still on duty.

While the Karens keep crying about slight inconveniences, let’s keep talking about justice for Breonna Taylor.