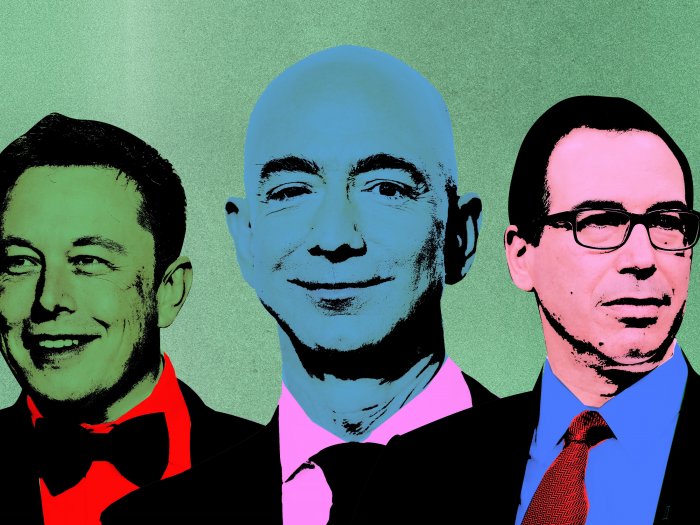 So if you were living paycheck to paycheck till now, chances are that by the end of this year you’ll become officially poor.

On the other hand, billionaires of the world have gained $565 billion ever since the Coronavirus pandemic started.

We’ll talk about how these two are related, but first, let’s address the issue of new poor people:

New poor people will be created by the end of 2020

World Bank has released data saying that all these new poor people will be created due to loss of jobs right now, and future lack of jobs will be even more difficult to deal for most people.

Coronavirus pandemic has not just hurt people by snatching their jobs, but it has also created a high-price inflation. Goods and services have become more expensive, and even healthcare charges have skyrocketed now and now most people cannot even afford hospital bills if they fall sick.

American people are the worst hit

78% of the American people live paycheck to paycheck in normal days. Now the number has climbed up, and they are just one missed paycheck away from being homeless and hungry.

On the same land of Capitalism, the richest people of the world have roped in 565 billion dollars in just 6 months! They have increased their net worth by 19% during just these six months.

Jeff Bezos, Bill Gates, Mark Zuckerberg, and Elon Musk are the ones who have stacked up billions as the majority of the population has suffered.

Bezos added $37 billion to his hoard, while Zuckerberg added $30 billion, and Musk added $15 billion. Remember that not very long ago Elon Musk was whining why closing the factories during lockdown was hurting his freedom.

And the government helped them

Government policies during these times have also been deliberately twisted to help the rich and extort the poor – USA paid citizens with one-time $1200 stimulus checks while the corporations got billions of dollars as bailout packages.

In India, all the labour laws were abolished by the right-wing government – requiring the working labourers to toil for 12 hours each day without any extra pay or vacation days.

This is a time to remember what America’s ninth president had to say:

“I believe and I say it is true Democratic feeling, that all the measures of the government are directed to the purpose of making the rich richer and the poor poorer.”

That American president was William Henry Harrison who was president only for a month. He fell ill and died poor after serving his term for 31 days. But his words were immortal.

How things will change for the poor?

In contrast, the poor of the world have continued to suffer. They run a high risk of catching the infection because they don’t have enough money saved up to stay home and avoid working. They have no other choice than to go back to work.

Other workers such as those in healthcare, products delivery, and other essential services have already suffered high damages from Coronavirus infections and deaths.

Poor people have not only lost their jobs but have also lost their savings while trying to survive without jobs. And those who fell sick, have no other choice than to die since healthcare services are not affordable to them.

In India, daily charge for a hospital during Coronavirus pandemic is three times than what the average Indian earns in a month.

In America, more than 80% of the people are living paycheck to paycheck and if they missed one payment then they won’t be able to pay for food or rent.

But most people are still brainwashed to think that Capitalism works.