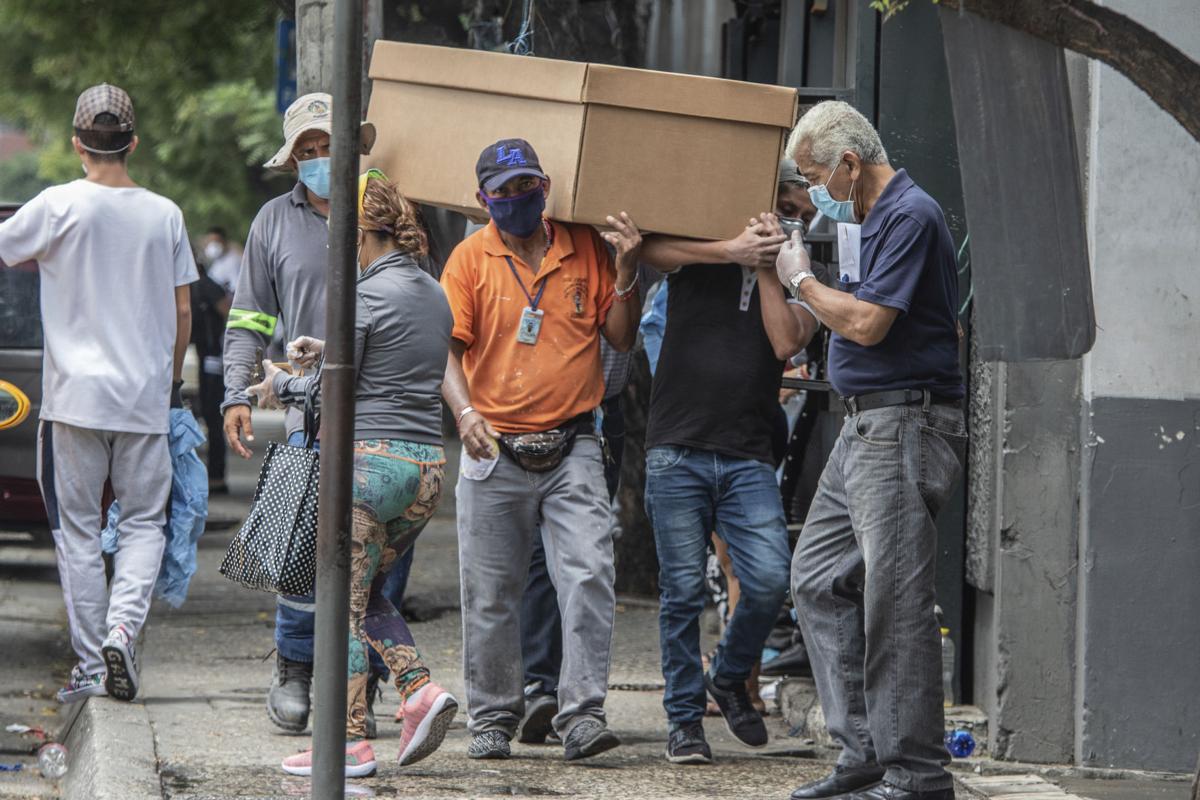 Coronavirus has not stopped its massacre – by the time of writing this report there have been 89,954 deaths all over the world. Just yesterday, US has had the biggest death toll of 1,940 people dying within 24 hours.

Dead bodies are gathering at a speed faster than expected, and faster than people can arrange for a proper burial or funeral.

Another shocking and terrifying news comes from the crowded hospitals and most infected city of South America.

Where patients are being treated on stretchers and plastic chairs

In Guayaguil, the city in Ecuador – infection and death are multiplying. Patients get lost in crowded hospitals, and their families are losing their tracks. Many families are looking for the dead bodies of their loved ones, even after two weeks – just so they could give them proper final rites.

Hospitals are packed beyond their capacity, and patients are being treated on ambulance stretchers. Some patients are even strapped into plastic chairs and given an intravenous link.

Dead bodies being shipped in containers

Grieving citizens have said that finding medical help has become difficult, but finding the dead bodies and arranging a funeral is even more agonizing.

Most of the Coronavirus patients here died inside their homes instead of hospital – their bodies were left in the living rooms since the family couldn’t take out a funeral procession due to the lockdown. It was days before the coroners could find time to tend to these dead bodies and transport them to a funeral home.

People dying in hospitals are being put in cold shipping containers, since there are really no morgues or coffins available.

There are some who are being transported and buried in cardboard coffins, since wooden coffins are hard to find at this time. People have been waiting for hours outside graveyards to bury their dead.

Same thing is expected to happen in India

It is being feared that the fate of Ecuador and other smaller, poorer South American countries seems frightening. The number of cases and deaths here is too low as compared to USA and Europe, but these countries are also short on medical services such as hospitals and doctors.

The same fate may befall on other corruption-riddled countries from South Asia like India, Pakistan and others.

Government is burying the dead bodies, and families are not allowed to visit

While in Ecuador, 2000 cardboard caskets are given to the families who cannot find or afford a wooden coffin. Situation isn’t much different elsewhere.

In Italy, funerals are being attended by very few people and they get to spend less than 5 minutes to say their last goodbyes.

In USA, the death toll has risen so fast that the morgue and cemeteries cannot handle the funeral processions. Funeral homes have removed chairs to discourage people from spending time together or staying for longer.

Even in Ecuador, the government has taken it upon themselves to bury the dead – and they are informing the families about the location of the cemetery. The families will be allowed to visit the graves once the Coronavirus pandemic is over.