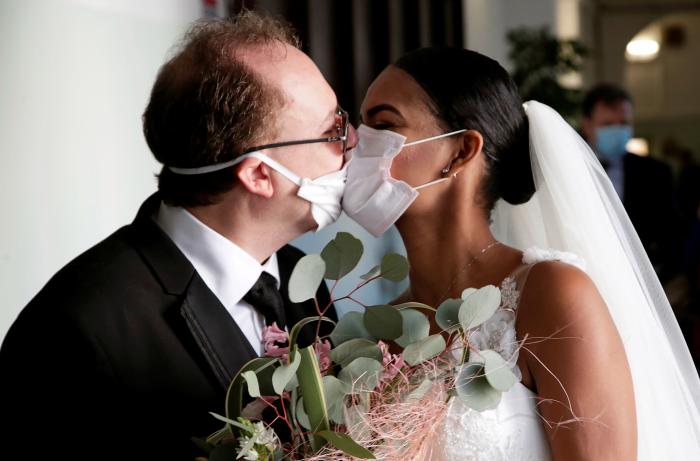 Curious predictions are being made about what would happen once the Coronavirus pandemic blows over.

Since most couples in the world are spending 24 hours together in a house, it is being speculated whether there will be a baby boom after nine months or will there by a surge in divorce rates because the couples get fed up of each other?

What are people really doing in quarantine?

The global health emergency and this period of quarantine have brought many other new things into the light. Kids are being homeschooled at a level that has never been practiced before, and now people realize that perhaps the education system is overrated.

But the best thing, we can say, is that pollution is at the lowest it has been in several years – since there are no more cars on the roads, and many industries are shut down.

What is there for couples to do in a time like this?

There is nothing much for the couples to do or distract themselves with – since they can’t go out to dinner or movie, they can’t visit friends or have them come over, or do any such thing. Eventually, the couples have to face each other and then there could be only two outcomes.

Either it brings them together, and gives them the quality time for each other. The other scenario is that couples get saturated with the presence of the other and decide to break up.

Sale of condoms, birth control, and sex toys is going higher and higher

For now, there is just this spike in the couples getting closer to each other – considering that the sales of condoms and birth control pills have gone up. One the other hand, single people have also been giving themselves a bit of self-love since the sale of sex toys has also skyrocketed.

People on the internet have speculated that this period will give rise to a huge number of babies being born nine months later, and that generation would be called “coronials” or “quaranteens”.

Although, it hardly seems likely that couples of our generation would just get into bed, and let the nature take the controlling wheel. The truth is that most people do use protection, and forego it only when they are actually planning to get pregnant.

There is a reverse-effect of this quarantine for the dating couples who are not living together, or people who date casually – they are not going to get any sex since they can’t go out to meet.

Doctors say that most people would avoid causing a pregnancy at this time of uncertainty and panic because we don’t know how long the lockdown is going to last, and it might be hard to receive any medical help when needed. On the other hand, we are looking at global recession here and it’s not a good idea to have kids in this kind of economic climate.

History shows that there will be a baby blip, not a baby boom

If we were to learn any lessons from history, then we’d realize that most disasters in history have actually brought a baby blip rather than a baby boom.

Epidemiological data from the time of Black Plague in Europe till now shows that birth rates drop severely during the times of stress, famines, disease outbreaks, heat waves, earthquakes, quarantine, and war. There is no baby boom.

Only after 10-11 months when the disaster blows over, the birth rate begin to recover.

In fact, after the Black Plague of Europe was over in the 13th century, it took people nearly 50 years to get their birth rates to normal.

How does Coronavirus affect newborn babies?

The curious thing to know is that Doctors have been checking if any pregnant women infected with the coronavirus can pass the infection to their fetus during the pregnancy, or if it can be passed on during the birth to their baby.

Although, coronavirus can affect newborn babies in a different manner since the pregnant woman infected with coronavirus can have a premature delivery, pregnancy loss, miscarriage, and stillbirth, and high fever.

All these cases were observed in the past with older coronaviruses such as SARS-CoV and MERS which had infected pregnant women. Several other birth defects were also observed.

So it is perhaps not a good idea to have a baby during these times, and we might be looking at a higher divorce rate coming year – because too much of even a good thing can be too much.