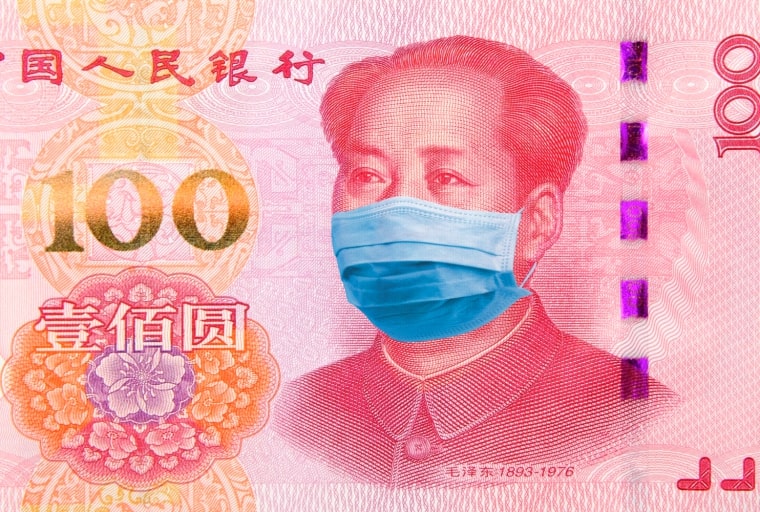 As the coronavirus epidemic in China doesn’t seem to be stopping or even slowing down – so far affecting 75,307 people and taking 2,012 lives till the time of writing this report – there is another problem that has surfaced in the country.

People’s Bank of China has announced that they will be laundering cash currency and destroying it, to contain the spread of the virus. The bank has assured that the first priority is to deep cleanse and disinfect the notes, and destruction of the cash will be taken only as a last resort.

Chinese authorities are desperate, grasping at anything and everything now

There are several drastic measures are being taken in China to prevent the spread of the virus. A few weeks ago, the authorities had ordered the killing of pet dogs and cats as it was rumoured that they might be carrying the virus and spreading it among the humans.

Workers are working tirelessly to disinfect the commonly accessed places such as elevators, stairs, hallways, doors along with buttons, switches, and handles that people often touch. But currency is one of the things that changes hands faster than anything, and the factor that cash could be an instrument of the virus spreading at an exponential rate.

World Health Organization has said that the virus can survive on the surface of objects for many hours, and can affect the next person touching it.

All the cash in China will be collected, and disinfected by radiation and heat

All Chinese banks are ordered to launder the cash, and treat it with ultraviolet radiation, and then disinfect it at high temperatures. The cash will be stored at the bank vaults for 14 days before being released for public use again.

Cash collected from high-infection areas such as Guangzhou and Wuhan, will either be sent to the central bank or completely destroyed – in both cases, it won’t go back into circulation again – as reported by Chinese tabloid Global Times.

To make up for the lost cash, the central bank has issued a huge amount of new and uninfected cash – the city of Wuhan itself was given 4 billion Yuan in new notes after the outbreak.

Since physical cash transfer has been suspended in most places, citizens are urged to use digital transactions.

Most people are unaware that cash notes are extremely filthy

Cash changes hands multiple times a day, and examination of currency has revealed that it contains human DNA, animal DNA, traces of drugs, bacteria, viruses, traces of excrement, and so on.

Although cash-transferred diseases are not that common or frequent, but still the Chinese banks are taking no risks.

Life in China is severely affected, not only of humans but animals too

As mainland China is the most severely affected area in the world, with only 5 deaths occurring outside the country – 60 million citizens are kept under complete lockdown.

They stay home, and many of them work from home whenever possible – and they step out only to buy groceries and other essentials. Even when they go out, they wrap themselves in protective plastic suits along with disposable plastic gloves, shower caps, full-face visors etc.

Most people have even made their pet animals wear masks, and covered them in plastic bodysuits after many authorities threatened to kill any pets found roaming outside – citing them as potential carriers of the coronavirus.