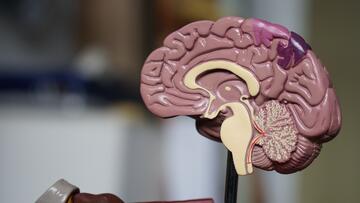 A few weeks ago, the scientists in the US had warned of a dangerous “brain-eating amoeba” outbreak. In the coming days, all the hullabaloo died down since only a small number of people were infected and it failed to raise as much as ruckus as the COVID-19 outbreak.

For now, there seems to be no reason to be worried about this brain-eating amoeba, but the scientists say that Global Warming will bring back this amoeba stronger and more dangerous than ever.

And then, we’ll have all the reasons to panic.

Even a single amoeba in your brain could be lethal

The Centers for Disease Control and Prevention (CDC) has been tracking this deadly brain-eating amoeba called Naegleria fowleri. They found that it was moving from the warmer southern states of the US to the relatively cooler northern states.

The latest report by CDC states that the rising global temperatures are causing the spread of this amoeba.

This amoeba is found in warm freshwater bodies such as lakes and streams and rivers. People can get infected if they were swimming or diving in infected waters. Perhaps the most shocking thing about it is that even if a single amoeba enters your nose and goes into your mind, it can multiply quickly and damage your brain.

It causes a condition called amebic meningoencephalitis which is lethal.

It lives in warm freshwater bodies such as lakes and pools

Perhaps the ray of hope for people living around contaminated waters is that you can only get infected if the amoeba goes up your nose. Drinking the infected water won’t cause the amoeba to enter your brain.

Since this amoeba flourishes in warm waters – scientists are worried that as the global temperatures continue to increase, the amoeba will expand its geographical range.

Scientists are also warning about how the growing use of “recreational” water such as swimming pools and water sports can cause the amoeba to spread even faster.

“It is conceivable that rising temperatures and resulting increments in recreational water use, for example, swimming and water sports, could add to the changing the study of disease transmission of PAM.”

Do not worry about an outbreak yet

There is no reason to be worried about an outbreak just yet – since only 34 infections have been reported till now. But scientists want the people of the world to keep a wary eye on the possible rise of the amoeba as global warming heats up our world and our waters.