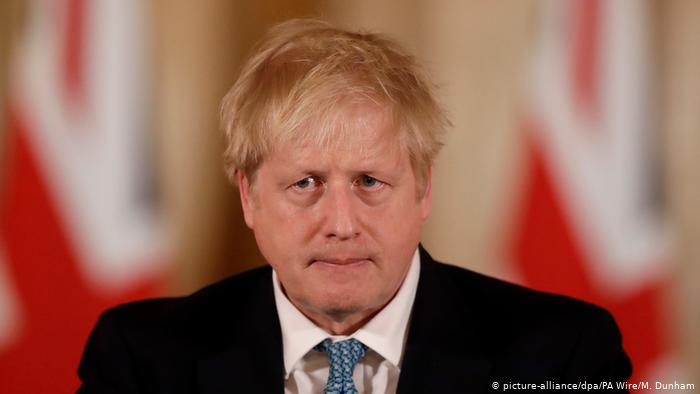 As England battles COVID-19 with 51,608 cases and 5,373 deaths – the British Prime Minister Boris Johnson has also been admitted into ICU after catching the infection.

British PM Boris Johnson was tested positive for Coronavirus on 27th March, after which he slowly started developing severe symptoms of the disease. On Sunday, he was taken to the St. Thomas Hospital in London for some routine tests, where he himself tweeted:

Last night, on the advice of my doctor, I went into hospital for some routine tests as I’m still experiencing coronavirus symptoms. I’m in good spirits and keeping in touch with my team, as we work together to fight this virus and keep everyone safe.

But the routine tests came out and it didn’t look good. According to his office, he was moved to the ICU after his condition worsened.

“Over the course of this afternoon, the condition of the Prime Minister has worsened and, on the advice of his medical team, he has been moved to the Intensive Care Unit at the hospital”

Officials are not giving any details, except that he is in ICU

Officials from Downing Street have reported that despite being admitted into the ICU, Johnson is conscious. He is being put on a ventilator to help him breathe.
Although, the officials are not giving any clear information on the actual health condition of the British PM – it is established that his symptoms are no longer “mild” as reported earlier.

Foreign Secretary Dominic Raab, who is also the most senior Cabinet minister, has taken the responsibility of running the relief operations instead of the PM.

As concerns rise about Johnson’s health, Secretary Raab has assured:

“Prime Minister is in safe hands with a brilliant team at St Thomas’s hospital. And the focus of the government will continue to be on making sure that the Prime Minister’s direction, all the plans for making sure that we can defeat coronavirus and can pull the country through this challenge, will be taken forward.”

Donald Trump and others have wished for his recovery

“My thoughts and prayers are with @BorisJohnson and his family as he continues to receive treatment in hospital. This horrific virus does not discriminate. Anyone can get it. Anyone can spread it. Please #StayHomeSaveLives,”

US President Donald Trump talked about Johnson’s hospitalization during a press conference:

“I also want to send best wishes to a very good friend of mine and a friend of our nation Prime Minster Boris Johnson. We’re very saddened to hear that he was taken into intensive care this a little while ago. He’s been a really good friend. He’s been really something very special. Strong. Resolute.”

He also added that the American officials are in touch with doctors who are treating the British PM, and are getting constant updates on his health.

Political atmosphere in England is full of tension

The political atmosphere in England has shifted dramatically, after this sudden change in Prime Minister’s health was revealed. His party members and the opposition leaders have wished him a speedy recovery, while the country still suffers from the pandemic slowly slipping out of control.