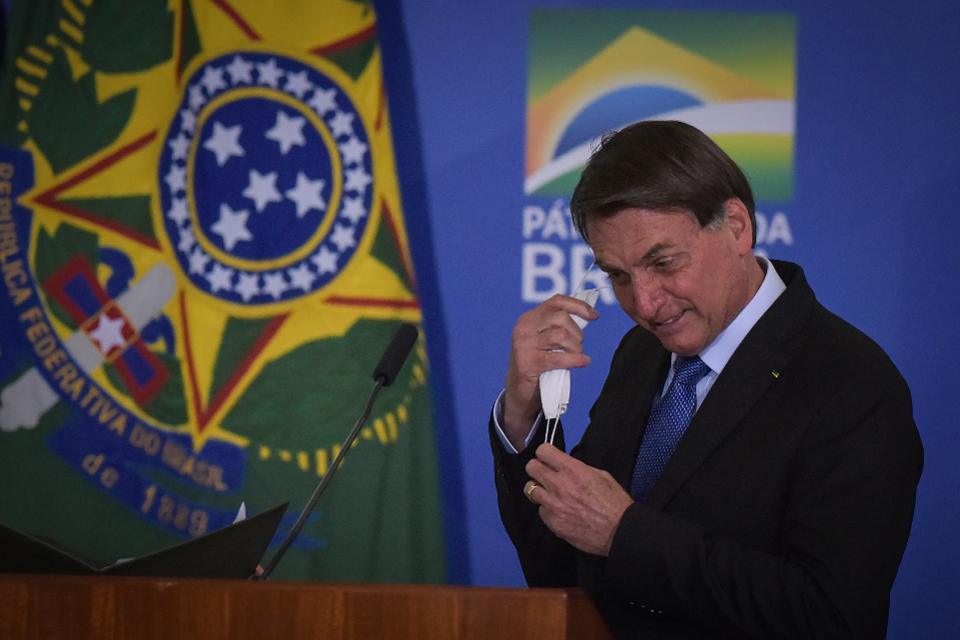 Brazil’s President Jair Bolsonaro has tested positive for Coronavirus. On Monday, he got tested for the fourth time after developing symptoms such as fever and cough.

While this news has sent cheer into the world and the country of Brazil, there are those who suspect that it might not even be true and this could be another one of his lies.

A little bit of digging shows us that this might very well be the case.

He just parroted exactly everything that Trump said

Let’s start with Jair Bolsonaro’s earlier attitude towards the virus. In March, when the cases were just starting out in Brazil – he repeatedly downplayed the virus and called it “a little flu.” He was also sure that as the summer arrives, the virus would die down. Notice that these are the exact same things said by USA’s Donald Trump as well.

“Today we have information, that because we have a more tropical climate [in Brazil] we’ve almost reached the end [of the pandemic], or it’s already over… the virus doesn’t spread as fast in warm climates like ours.”

But as we can see now, Brazil and India are ranked second and third in the number of Coronavirus cases now, and both are tropical countries with hotter climates. Even the USA’s southern states such as Florida and Texas have the highest rise in the number of cases recently, and these are the relatively warmer states.

He refused to wear a mask and opposed any lockdown, now Brazil is at 1.7 million

Even though Brazil has suffered horrifically with 1.7 million cases, Bolsonaro was always more concerned about “opening up the economy” rather than the safety of the people. He viciously opposed the lockdowns and refused to wear a mask anywhere.

He was so stubborn that two of the health ministers, both doctors, quit their posts after having disagreements with the president.

He even repeatedly said that even if he gets Coronavirus, it will probably be very mild and won’t hurt him at all. Even though he belongs in a high-risk group due to his age, 65.

Curious thing is that Bolsonaro made a point of declaring that he was taking Hydroxychloroquine along with Azithromycin. Although, both the medicines have been proven to not work against the Coronavirus, and WHO even banned Hydroxychloroquine to be used on COVID-19 patients.

The problem with this medicine is that USA and Brazil have ordered large amounts of it months ago, and hoarded it. Now the medicine has been rendered useless and the pharma companies are pressuring Trump and Bolsonaro to do something. Since both of these right-wing presidents are essentially at the payroll of their corporate overlords, they have literally tried selling the medicine to the masses.

Donald Trump claimed that he was taking Hydroxychloroquine, even he had no reason to and hadn’t tested positive.

For Jair Bolsonaro, people suspect that his “positive test” might be a ploy so that he can come back a week later and announce that he got better because of taking Hydroxychloroquine. The right-wing people who support Bolsonaro will lap it up and start buying the drug. This is one of the conjectures according to the Twitterati.

What’s common between the top countries in the COVID-19 list?

All are right-wing nationalist leaders working as the salesmen of their corporate overlords. All of them are ignorant about science. All of them don’t care about their people but the “economy” which is the capitalist way of saying that the corporate profits matter more than lives of people.

Yes, Putin is right-wing as well.