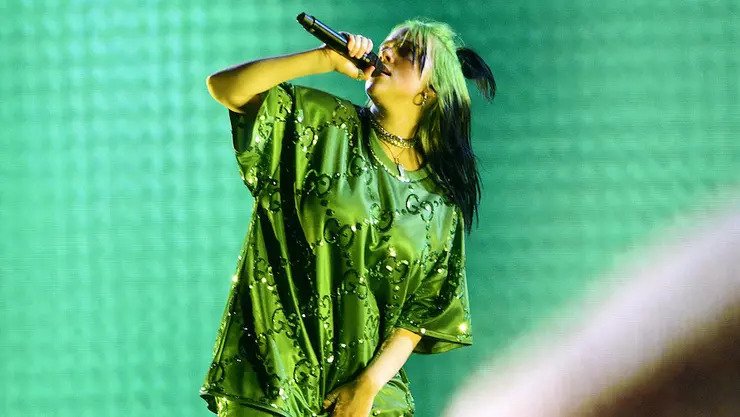 Billie Eilish has replied to her critics in the most iconic way as only she could have. With a totally unexpected kind of live performance and a powerful message.

For too long, Billie Eilish has been suffering at the hands of critics and naysayers who always find a way to pick a beef with her. She was constantly targeted and mocked for her unique dressing sense – oversize T-shirts and baggy pants with that green streak of hair.

Her fans at a concert in Miami were surprised in more than one way – as Billie broke the fourth wall with a spoken-word interlude and then took off her shirt to deliver a powerful message about sexism and body shaming.

You can watch the video here, uploaded by Pop Crave

Here Billie Eilish took her shirt off while the pre-recorded spoken word video played in the background.

She started the video with a direct attack at her critics

Billie Eilish has been furious at her critics for questioning her body autonomy, while she lashed out at the magazines and stalkers who fetishized her body when she was not even an adult a few months ago.

“So while I feel your stares, your disapproval or your sigh of relief, if I lived by them, I’d never be able to move,” she added and then took off her baggy T-shirt. Inside, she was wearing a tank top.

Before her 18th birthday, a picture of her had gone viral in an inappropriate way

Earlier, she had given an interview to Elle where she addressed the issue of people making a big deal of her dressing choices: “The point is not, ‘hey, let’s go slut-shame all these girls for not dressing like Billie Eilish’. It makes me mad. I have to wear a big shirt for you not to feel uncomfortable about my boobs!”

Last year, a photo of her wearing a tank top had gone viral with gossip magazines making hay with her picture and talking explicitly about her breasts when she was a minor.

My boobs were trending on Twitter! At number one! What is that?! Every outlet wrote about my boobs!

Further in the video, she asked the most pertinent question to her critics

If I wear what is comfortable, I am not a woman. If I shed the layers, I’m a slut. Though you’ve never seen my body, you still judge it and judge me for it. Why?

this moment will go down in the music's story, BILLIE IS SO ICONIC pic.twitter.com/aaHu0mFtmF

“We make assumptions about people based on their size,” Eilish’s monologue concluded. “We decide who they are, we decide what they’re worth. If I wear more, if I wear less, who decides what that makes me? What that means? Is my value based only on your perception? Or is your opinion of me not my responsibility?”

In her interview, she had talked about what turning 18 means to her

In her Elle interview, she talked about her 18th birthday:

But then we don’t need a reminder on how the critics behaved with Miley Cyrus when she decided to take control of her own body.

But I know it would be a huge thing. I know people will say, ‘I’ve lost all respect for her.’

Here’s the full text of her monologue 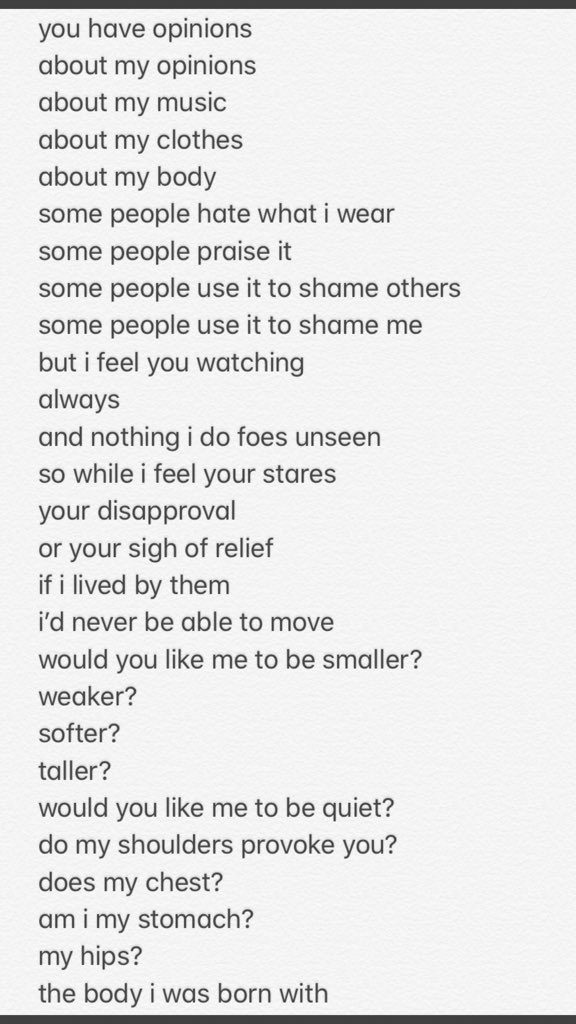 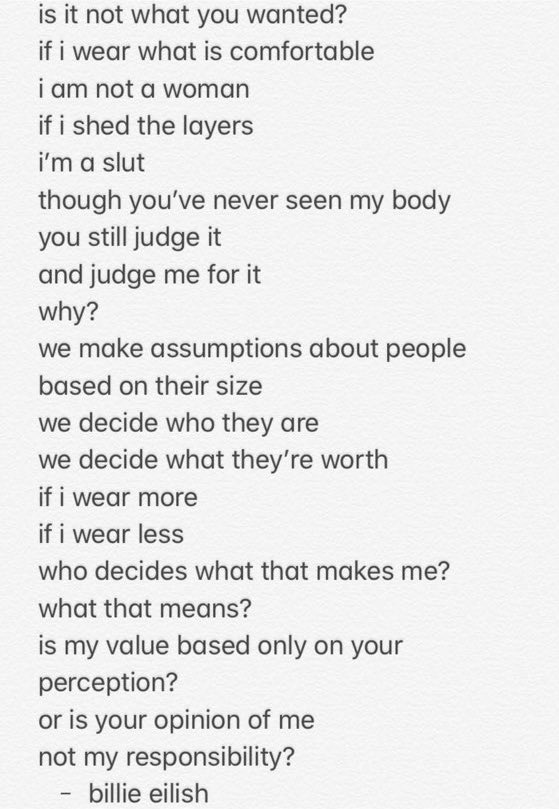