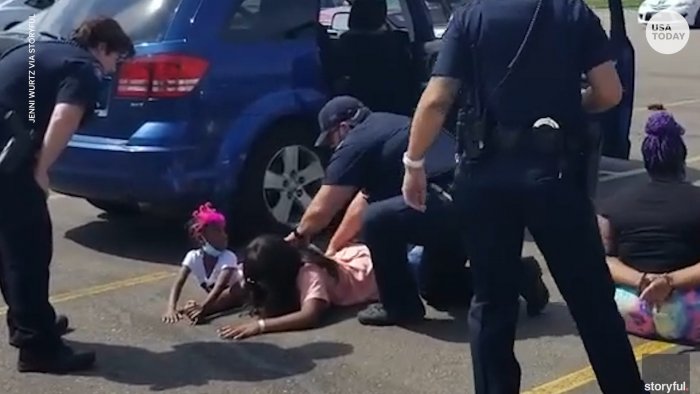 From Aurora, Colorado in US – a video has come out which shows police officers handcuffing Black children and threatening to kill them as they push the children on the ground.

After the video came out, the Police department has been forced to apologize and say that they had stopped the family and kids by mistake.

Remember, that these are the same cops who killed Elijah Mcclain, a 23-year-old massage therapist, last year in August.

This is what the video shows

The video clip shows a family of five Black people was copped by Aurora police. The family of five contained a woman and four girls who were aged from 6 to 17 years old. The police handcuffed two of the kids, and threw them all on the ground as they pointed their guns at the girls and threatened to shoot them.

The girls were crying for help and asking for their mother.

This is what the witnesses saw

Witnesses said that the cops pulled their guns out even before they attacked the family, and then pointed their guns right in the face of the girls. The person who filmed the video said that she had never seen someone pointing a gun as close as the cops had done with the girls.

“I went from seeing kids in a car to seeing a gun pointed at the kids in the car. I called my husband and said ‘I don’t know what I’m looking at,’ and he said ‘Hang up and start recording.”

Cops do have some weird excuse, as always

The cops have given the justification that they attacked the family because they were conducting a “high-risk stop” by confronting four girls and a woman.

They were looking for a stolen vehicle and instead of asking for the papers from the family to check where their car was registered, the police immediately attacked them, assaulted them, and threatened them.

After the video went viral, the police department apologized and said that they are going to employ “new” practices such as drawing their weapons and ordering people to come out of their cars and lie down on the ground. As if they were doing anything different before and this is any better.

The kids are traumatized and will sue the cops for assault

“Those kids are not OK. They’re never going to be OK. That was a traumatic experience. Would your kids be OK after that? Having a gun pulled on them and laid on the ground. Especially a 6-year-old.”

Now the attorney will filing a federal lawsuit against the cops for assault and excessive force.

These are the cops who also killed Elijah Mcclain 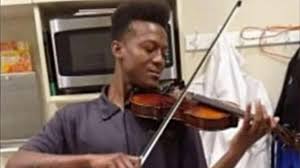 Remember that these are the same cops who killed Elijah Mcclain, a 23-year-old Black man, who was working as a massage therapist. The cops had detained him and choked him, then injected him with ketamine and killed him. Later, they were found enacting the killing on a viral Instagram video as if all this was a joke to them.