All over the world, people are being shunned off because they refuse to wear a mask and put everyone in danger. But recently, a woman was kicked off a plane for wearing a mask.

Americn Airlines deplaned the woman because she was wearing a mask that the airline said was “offensive.” 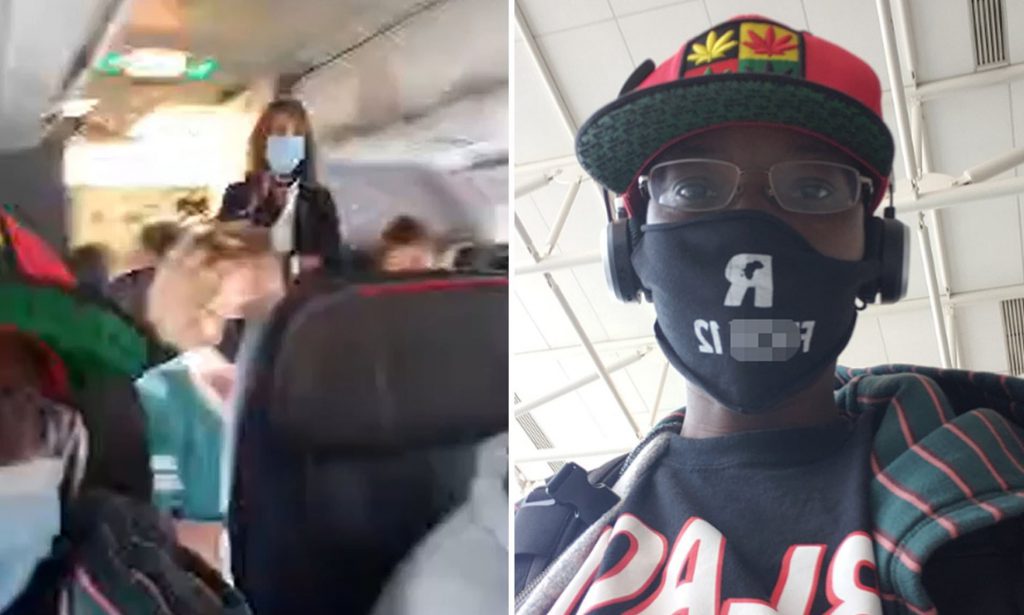 Arlinda Johns, the woman in the story, is from South Florida and she was flying to Illinois while wearing a mask that said “F— 12” and it somehow hurt the sentiments of a white flight attendant who claimed that the mask was offensive.

Arlinda was also wearing a T-shirt that said “Black Lives Matter” in solidarity with black protestors against the racist American police.

F— 12 is considered a slang for “Fuck the police” and while the sign “F— 12” doesn’t have anything offensive in itself – it was considered offensive enough to have a person deplaned off their flight.

Should we really defund the police?

Arlinda has said that she stands for defunding the police and eventually abolishing it – an idea that we should all stand behind – and her political stance was not well received in the flight.

Read more about why the Police should be defunded and abolished.

The flight attendant asked Arlinda to cover the mask, and Arlinda did cover her mask. The attendant returned after a while to Arlinda’s seat and scorned: “I better not see that other mask.” Not only this was unnecessary and rude, this was also a veiled threat from a white woman to a black woman. It shows that even white workers would put their solidarity aside in favour of their racial privilege. And this raises questions about American Airlines’ hospitality as well.

But when Arlinda replied, “Leave me alone” as she had already covered the mask, the attendant got offended and consulted with the pilot – eventually they asked Arlinda to deboard the plane.

All of this was recorded on a Facebook live video by Arlinda.