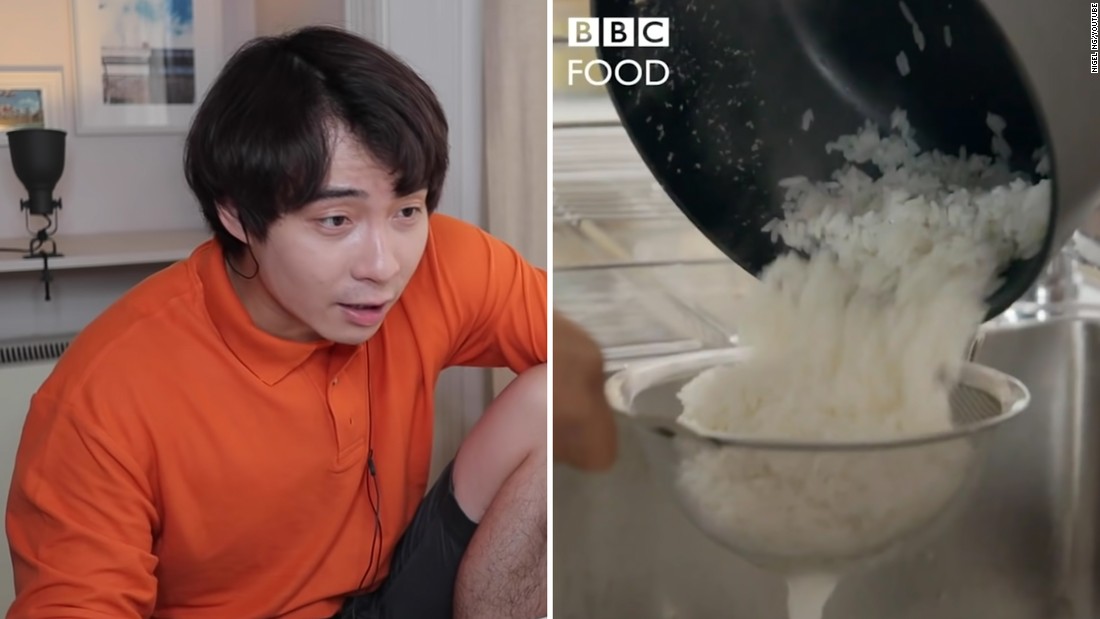 Recently there was a viral video of a British chef cooking rice in such a horrible way, and there was an Asian comedian who reacted to it. What made the video even more hilarious is that the original “rice cooking” video was uploaded on BBC Food channel.

Was it racist to cook rice in such an ignorant way? Was it whitewashing of the Asian cuisine, or whitesplaining? Was it really a hate crime like some said?

Malaysian comedian Nigen Ng, who makes YouTube videos under alias Uncle Roger, uploaded a video on his channel. It was titled “DISGUSTED by this Egg Fried Rice Video” where he reacted to the horrible way the BBC food presenter cooked the rice.

Literally everything she did in the video was wrong. First of all, she made the mistake of using fresh rice instead of old rice to make fried rice. Then she didn’t wash the rice, didn’t measure water properly, then she washed the half-cooked rice, and drained the rice through a strainer.

Full video on youtube, link in bio! ? ? @bbcfood you gotta up your game please! Get Uncle Roger to teach you how to make egg fried rice!? ? #uncleroger #ricecooker #rice #disappointment

His reaction went viral as all the Asians felt collectively offended at such an ignorant and clueless and wrong way of cooking rice.

“THIS RICE COOKING IS A HATE CRIME,” Jenny Yang joked on Twitter.

The BBC presenter said she “knows how to cook rice”

While the original woman in the video, she said that she “knows how to cook rice” and she was only presenting BBC’s recipe. But the question arises that why does BBC even have this wrong recipe and what makes them think that British people have the right to teach the world about how to make rice?

Are there racist ways to cook food?

Rice was domesticated in China around 9,400 years ago and the whole world cooks rice in their own way now. But this method by BBC is something that no one has ever used before and it thoroughly ruins the rice. BBC was called out for appropriation and whitewashing of food.

Many White chefs in the past and present have often hijacked recipes from other people and cooked food in ways that are nothing short of unauthentic and disrespectful, even racist.

Gordon Ramsay had launched a restaurant that he called “authentic Asian” but it didn’t have any Asian chefs and it just lumped some very unique indigenous dishes along with Japanese, Chinese, Indian, Middle-Eastern – all dishes as generic Asian, sparking controversy all over.