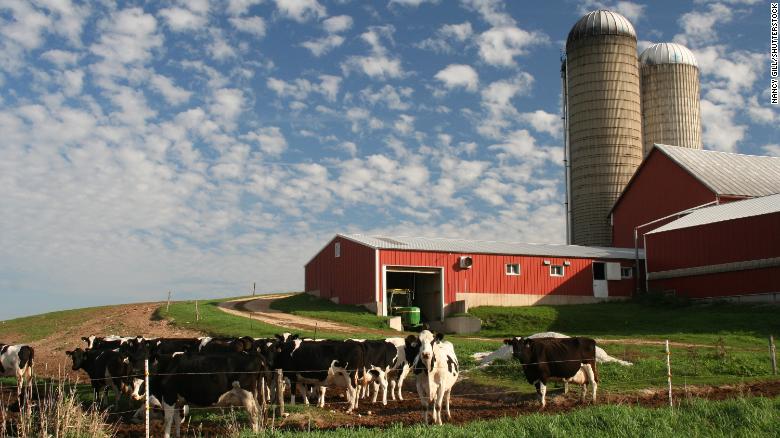 Hunger has been a global problem since forever, but recently it took a much darker and twisted turn as the Coronavirus pandemic hit. Wage workers around the world are hit badly, being without savings or any stocked up food – they are forced to survive on government donated food that comes in a dismal amount. Many communities from third-world countries are forced to eat grass and lizards just to survive.

On another side of the world, USA has reached a stage where they are throwing away nearly 3.7 million gallons of milk every day, according to Dairy Farmers of America, which is one of the major dairy co-operatives in USA.

Why are they throwing away the milk?

Many American farmers have reported they are dumping thousands of gallons of milk every day, since they can’t find a transport or supply chain to take their milk. Milk processing factories are shut down, and there is nowhere that farmers can take their milk.

Most American farmers used to supply milk to schools, restaurants, and food-service companies. But since all these are shut down during the Coronavirus lockdown – the demand for milk has dropped while supply remains the same and excess milk goes to horrible waste.

Farming – whether it be agriculture or animal husbandry – it’s not something that can be turned on and off at a moment’s notice. Everything in this field has to be planned for months, cows have been pregnant and given birth as planned, and now if the cows are giving milk, it’s something that can’t be stopped.

On the other hand, farmers can also cull their herds but that will reduce milk production in the future.

If they stop milking the cows, the milk production will reduce in the future and that will cause another milk crisis. Whether wasting milk now is to avert a hypothetical future crisis is worth it, it’s too early to tell.

There are still people who are going hungry

But this has a very devastating result. There are many Americans who aren’t able to pay for food, and even those who can – they are all not able to get any milk even if they tried. While milk might be available in some parts of the countries, there are still areas where there is no milk in stores.

This is a painful situation for people to watch food being wasted like this while they go to sleep hungry.

Why can’t they turn the milk into cheese and butter, which have a long life?

It has been suggested that milk can be turned into cheese and butter, to avoid the wastage. Cheese and butter have a long life, and can be stored until the Coronavirus pandemic goes away.

Although there is no one in the world who has a handle on how long it will take for the crisis to subside, and that’s why farmers are hesitant about investing money and resources in turning milk into dairy products. Because it’ll be expensive and there is a very real possibility of even the cheese and butter going to waste in the future.

There is another possibility of sterilizing milk by ultra-heat treatment – which increases the life of liquid milk by six months but this is another difficult task since milk processing factories are not working at this moment.

Shouldn’t they be donating the milk to the needy?

Many dairy co-operatives have focused on donating milk to needy people but they have managed to donate only 700,000 servings which is less than 1% of the total milk being wasted every day.

Their donations to food banks, charities, and homeless shelters haven’t been enough to reduce the wastage and this is truly a tragic scenario.

Will you be getting more cheese in your pizza and burgers?

Many farmers have tried to convince food delivery restaurants to use more cheese in their pizzas, burgers, sandwiches, and tacos. This might consume more milk, and people will be getting tastier food in these dark times. A farmer said to CNN:

“We’re also asking all food suppliers to take a look at how they can add an ounce. Add an ounce of cheese to every burger, every taco, every sandwich. It will make a tremendous difference in the utilization of the milk.”

But restaurants don’t seem too keen for this offer since they might have to decrease the cheese portion later in the future and that will not look good to the customers who’d be getting used to extra cheese currently if the plan is implemented.

Demand for milk will increase highly in the future

But there is also another hope that people stuck at home have started consuming proper homemade food, and they are using liquid milk again for drinking and pouring into their cereals. Farmers hope that as people get used to having milk on an everyday basis, this will increase the demand for milk in future.

“We’re hoping as an industry that as people have been home, spending more time with their family, eating cereal for breakfast again because they have time to and drinking fluid milk, that on the other side of this maybe that will last and we’ll see an increase in demand. We’re hoping that dairy can be a plus and can become part of people’s lives again.”