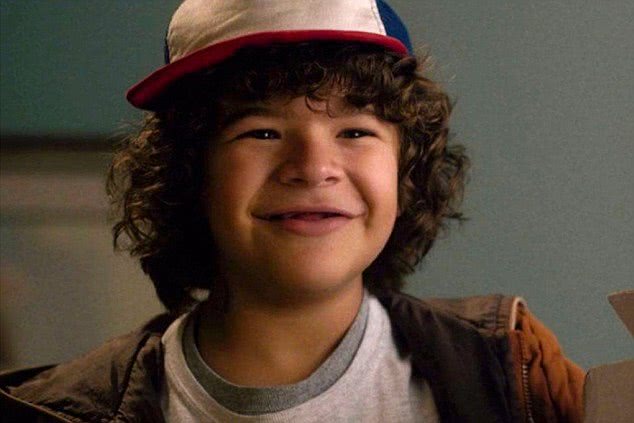 Stranger Things is currently the most loved show on the planet. It’s got everything that makes a show irresistibly compelling: comedy, drama, romance, horror, thrill, and monsters. A killer plot line and and even more vicious cliffhangers that keep use glued to the edge of our seats.

On the other hand, what makes Stranger Things really memorable is the 80s nostalgia with the music and the fashion, but also the incredible assortment of characters which are sweet and goofy, funny and likable, intriguing and intense, dark and interesting.

Here’s our list of Stranger Things characters ranked from worst to best, needless to say that the list is subjective. And while some of you might not like it that I am not even keeping Will Byers, Lucas Sinclair, Nancy Wheeler, and Jonathan Byers in this list because their characters are totally inconsequential since they don’t contribute much to the overall growth of the story.

The living embodiment of fucking evil, with a stone cold voice. Whenever he speaks in that soft chilly whisper, you might just want to slap him in the face with a chair. And this man called himself Eleven’s Papa, while torturing her to extreme length, and getting people killed by her – all of this with a cold conscience. A horrible, horrible man.

Most useless parents you have seen recently in any show or film. Ted is the embodiment of a pig fart, and that’s an understatement. He sits on his ass all day, while having no idea about where his kids are or how his wife is managing everything. It’s a surprise he is still alive. Karen, on the other hand, is just.. you know.. Karen.

He made the ladies swoon, and he made everyone else hate him to death. We can’t blame him for things he did when possessed by the Mind Flayer, but he was still horrible. He was a douchebag, a racist, and overall a 100% dick. We saw that most of it came from his childhood trauma and abuse by his father who was even worse. Although, Billy did redeem himself in the end by saving Eleven from The Shadow Monster, but one kind act does not erase your sins.

A sweet, simple scientist that was just unfortunately involved with the wrong crowd. He helped Hopper with information about the Russian base, and had to pay with his life for it. His short cameo was loved by people worldwide, and him slurping on the Cherry Slurpee has become a famous meme.

Winona Ryder is a powerful actress and she has given magical performances in the past. However, her role as Joyce Byers is somewhat repetitive as she frequently makes the same teary-eyed expression with frazzled hair and baffled face, running around here and there. Although, that’s more of her character. Joyce is a single mom and she single-handedly fends for herself and fights to protect her boy. And she adopted Eleven too.

Max is the most “normal” of all the teenager characters in the show. Although, she is extraordinary in her own way, without being bizarre or quirky. She is bold, brave, and a total badass. She gets extra points for being there for Eleven as her first real friend. She helps Eleven find a personality of her own, teaches her how to have fun, and brings her out into the world. The friendship between these two is just too pure.

Mike needs to be appreciated just because he took Eleven in when she was out there, helpless and abandoned. He brought her inside, gave her food and clothes, taught her the meaning of friendship and love. He protected her from the harsh world when she was unaware of it all. Although, in the end, he turned out to be overprotective and possessive like most teenagers, but we guess he’ll only learn from here.

At first, Chief Jim Hopper seemed like a real hard-ass, just a douchey cop who was frustrated and careless. But he picked himself up pretty fast, got into action wherever needed. And then we saw his tragic backstory being revealed, the loss of a daughter, and then him experiencing fatherhood again as he adopted Eleven as Jane Hopper. He was sweet, he was caring, he was the father figure for all the children, Steve included.

You may like his pearls, you may love his purring, you may love that smile. But the reason Dustin Henderson is so awesome because he was a true American hero, he intercepted a Russian communication, he got Steve and Robin to work over it, and he literally saved their lives when he jumped in with that electric baton and killed a villainous scientist. Or maybe he did’t. The point is, he is heroic.

If I’m being perfectly honest with you people, Kali deserves to have a full character arc of her own. She used her superpowers in the most awesome way possible. Not only did she escape the torturous experimental lab on her own, she also managed to create a life with purpose, and avenged all those who were responsible for her suffering. She and Eleven were a power-packed duo in that lone episode of Season 2, and everything they did was totally bitchin’.

Steve Harrington went real quick from a douchelord to being everyone’s favourite. It all started when Dustin got hold of him, and made a very unlikely friendship that changed Steve’s character and persona. Now, Steve has adopted all of the children, and lives happily as a single mom. To think of it, he was a heartthrob in the first season and now he struggles to find love, Billy’s fault, isn’t it?

She is smart as a whip and funny as a cracker. Not to say, she is bold and courageous has heck for jumping into the crazy mission of Dustin and Steve, the two people she barely knew. I might be getting cheesy here but she is the most adorable character on the show, even more than Erica. And the way she speaks is just… well, let me just hold my horses here.

Speaking of character development, there is only one character that outdoes Steve: Eleven. She came into the story as a lost and clueless child, a victim of horrible experiments and torture, with no memory and no knowledge of anything. She keeps foot into the world, and wins everyone over with her innocence and purity of heart. She learns how to be a person of her own, and she does it so damn well. And oh, she has incredible superpowers.

Bob was the purest, sweetest, and the kindest person on the show. He loved Joyce, he loved the kids, and with him on the screen – it did really seem like the life of Joyce and the kids would go back to being normal again. He gladly opened his arms to a dysfunctional family with a hell lot of trouble, and he gave them everything he got. Well, he literally gave them everything. It was heartbreaking.