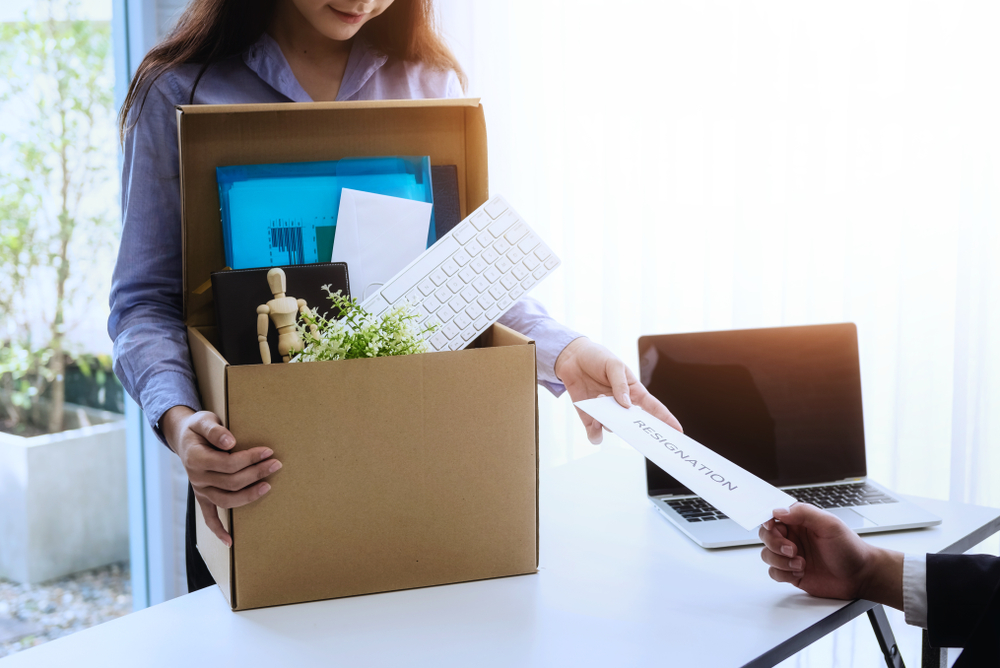 Quitting a job is an emotional roller-coaster ride. Sometimes, you feel relieved by getting a better opportunity and remuneration, whereas other times you bid adieu with a heavy heart.

One such woman came up with a sassy resignation letter to her boss as apparently she gets a better job. She claimed that she was fed up with being ‘treated like sh*t’ by her boss and netizens lauded her courage and efforts.

Amber, an electrician, decided to leave her job after getting a better opportunity with better pay.

She said that she handed her boss a bereavement card that had “sorry for your loss” etched on its front.

The card probably might have got her boss confused initially until he opened it and read the message which said: “It’s me, I leave in two weeks.”

Amber took it to Reddit and shared a picture of the card, where she said: “You ever worked for a company that just treated you like s**t?

“I received a job offer today for a dollar more than I asked for, my van, and they’ll sponsor me for school.

“I can’t wait to give this to my boss tomorrow.”

Amber claims the company she was working for, would pay her low wages and even demanded that the staff pay for their own tools.

She stated: “It wasn’t like this when I first started. It’s just gone downhill like this over the past few years.”

While she predicted that her “a**hole boss” would probably tell her to quit on the spot after receiving her card, she revealed what he actually said when she handed over the card to him.

She said: “He read it aloud, gave a stank face, and just said ‘ok’.

“He didn’t tell me to leave so that means he wants me to work out my two weeks. He also didn’t ask why I’m leaving.”

People on Reddit found her card highly amusing and didn’t shy to shower their praise on her.

One said: “Congratulations on your new job! And this is the best resignation letter I’ve ever seen.”

Another commented: “This is some real quitting p*rn.

“I’m happy that I get to witness another sparky live-out the dream of giving a sassy resignation to a deserving boss.”