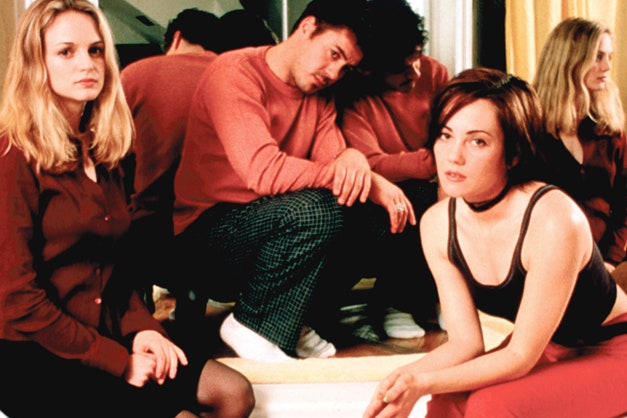 A man turned to Reddit for a much-needed advice as his girlfriend revealed that she wants him to have sex with her twin sister to help her get over a recent bad break-up.

All relationships come with a set of issues and perks, however some people face totally weird issues in relationships. This anonymous man is certainly one of them.

Needless to say we all believe in not crossing certain lines in relationships. For example: you just can’t fool around with your partner’s sister, friends, relatives etc.

But what would you do if your girlfriend tries to convince you to do so?

Our anonymous guy from Reddit’s Relationship Advice forum  is in such a situation.

The 23 year old asked Reddit users to help him out as his girlfriend for the last two years has asked her to sleep  with her sister to help her move on from a bad break-up. 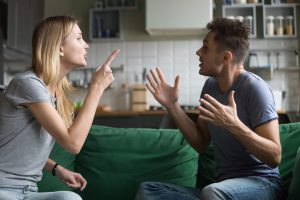 In his post, he said: “So I am in this very bizarre situation right now. I’ve been dating this amazing girl for a little over two years and it’s been an absolute blast. She’s attractive, cheerful, kind, supportive. We have a great relationship.

“She also happens to have an identical twin and they are pretty close. They’ve been staying together here since they started university (they go to different universities though).

“Naturally, we all hang out together very often and I am pretty comfortable with both of them. I think of her twin as my own sister in a way.

“Anyway, the twin was dating this guy for almost a year. I never particularly liked him. Well, turns out he was cheating on her with his ex and they eventually broke up (this was six months ago). Needless to say that the girl was devastated.

“She took it very hard. She became kinda depressed and her self-esteem and self-worth weren’t doing that great. She started not wanting to go out that much. We tried to do our best to drag her out of course to see and meet new people and why not even hook up with someone. I even tried to set her up with one of my friends, who was single at the time and honestly a great guy overall, but no Bueno.”

He further said: “My girlfriend always worries about her and tries to help her a little too much, they proceed to fight and then my girlfriend takes it out on me. And we’re not even at the good part yet.

“So yesterday my girlfriend was staying at my place. We were lying down talking, you know usual stuff. Until she says she wants to ask me for a big favour. Then proceeds to tell me she’d like me to have sex with her sister.

“At first like any sane man I thought that she was joking… Sadly she wasn’t joking at all.

“She probably realized I had a WTF look on my face and then proceeded to rationalize it. She told me that her twin already had a slight crush on me and at the moment I am probably the only guy she truly trusts. She said she thinks it will greatly improve her sister’s self-esteem and mood.

“She told me she already talked about it with her twin and the twin was ok with it. She reassured me multiple times she won’t get mad about it and she won’t even be present, she could just stay at my place while I go to theirs and do the deed! It will only be one time and I could just pretend her sister was her she said.

“She was practically begging me, meanwhile I was standing there listening to her without being able to utter a word, that was how surprised I was.”

He added: “In the end I said I’ll think about it for a bit and left it at that. I couldn’t f***ing sleep that night. That was yesterday. Today I am kinda avoiding my girlfriend, we texted a bit and thank god she hasn’t mentioned anything about it… yet.

“I am freaking out.

“Also, I am fearing that if I have sex with the twin, not only things might get really awkward between the three of us, but the twin might later get jealous and start sabotaging our relationship.

“I am getting paranoid at this point, but I just don’t want to ruin this nice thing I have with my girlfriend, that’s all.”

Many people responded to the post where the majority of them said that it would be a bad idea for him to get involved with the twin sister.

Another replied: “This is a really unfair and manipulative situation to put anyone in, and there is certainly the argument that there is a very real but different type of pressure on a man in this type of scenario than a woman, as there are toxic elements to our culture that tell a man that he should be thrilled by this kind of thing.”

Another responded by saying: “No. No. Don’t even think about it. Second: it CAN NOT be your job to fix your girlfriend’s sister’s self-esteem (and it can’t be your gf’s job either, tbh). It’s ok that she’s single. Encourage her to use this time to work on herself.”

The boyfriend later updated his post, confirming that he wasn’t going to do it.

What do you think? Did he do the right thing?