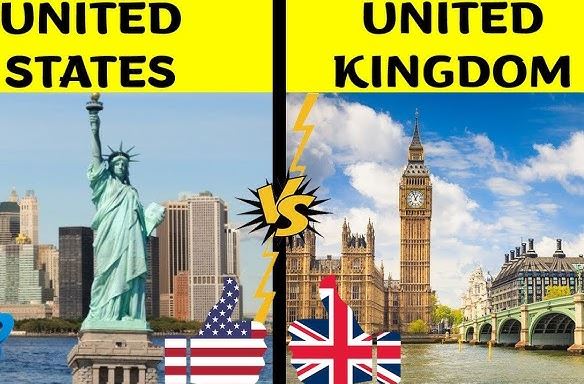 People on Reddit are going crazy about a lot of things including some weird differences in UK and US culture. They are sharing things that are socially acceptable in the UK but if they do it in the US, they get uncanny reactions for it.

Here’s a list of things UK people doing in the US that are acceptable in the UK, but not in the US (Shared by people on Reddit & Buzzfeed)

1) “Calling everything ‘wanders’ and ‘bloody.'”

2) “People from the UK more openly mention or discuss sex than what’s socially acceptable in the US.”

3) “They use weird, old-time phrasing like, ‘Where would one acquire a bus pass?’ They make me laugh. Are you from Downton Abbey times?”

4) “People from the UK always ask for stuff that we don’t really have, like back bacon.”

5) “When they ask for a cigarette and use what’s considered a homophobic f-slur in America. It’s a completely different meaning in the United States.”

6) “When they eat the most bizarre thing — ‘beans on toast’. And it’s a breakfast thing. Even worse, English baked beans aren’t like American baked beans. Instead of a BBQ-style sauce, they’re in a tomato sauce. Like, think SpaghettiOs, but with beans ?.”

7) “Saying the c-word in the US is much, much, much less acceptable than in the UK. It’s considered extremely offensive and misogynistic in the US. People will try to say that since it’s OK in the UK, it’s OK to say here. It’s not.

8) “Lingering at a restaurant after your meal is done. My father is British, and the meals lasted sooo long! It gave me anxiety as a kid staying at the table so long. In the States, everyone in the restaurant would be wondering why we would be sitting so long with no food in front of us. Just writing this is giving me flashbacks of trying to subtly get my dad to make people start leaving the table.”

Did we miss something? Tell us in the comments section!

Related tags : 10 Things That Are Socially Acceptable In UK But NOT In US A Yes From UK And A No From US Buzzfeed Reddit scoopwoop US and UK Culture Differences US different from UK US vs UK