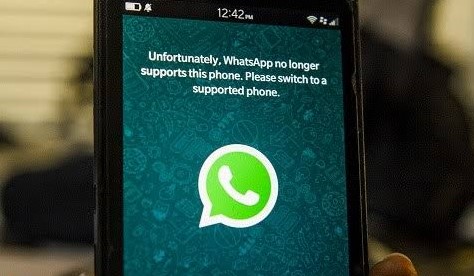 The most popular messenging app in the world, WhatsApp is closing support for millions of smartphones by the end of this year. The smartphones running on Windows, Android, and iOS – all will be affected.

WhatsApp’s blog and FAQ page has been updated with the news that says millions of users will be affected as WhatsApp stops supporting several smartphone’s OS. Check the article below to find out whether your phone will be affected or not:

Earlier this year, WhatsApp announced that their app will be no longer supported on all Windows phones after 31st December 2019.

The WhatsApp messenger has already been taken off Microsoft Store on July 1st, 2019.

What to do if you have a Windows phone?

Not to worry if you have a Windows phone, there is a still a way for you to save your chats and media on WhatsApp.

You can choose the option you want to save your chats in your memory card or device memory.

What’s up with Android smartphones?

Starting February 1, 2020 some Android devices would also stop supporting WhatsApp. The WhatsApp blog says that Android version 2.3.7 and older will need to update in order to continue using WhatsApp.

Are iOS users getting whacked unfairly?

WhatsApp for iPhone will no longer be working with iOS 8 or older, that means the users will not be able to create a new account or reverify the account they already have. You’ll be need iOS 9 or higher to continue using WhatsApp with all its feature.

WhatsApp has already started rolling out many new features

After launching the fingerprint lock option, WhatsApp is on a roll to release new updates and features.

WhatsApp is ending support for many older devices and Operating Systems because they have been launching many new features one after another. Recently, the company rolled out a new feature for Call Waiting notification on Android, which will let the user know about an incoming call while they are on a call with someone else.

Also, many users have been waiting eagerly for WhatsApp’s dark mode which is still being developed and will be launched soon enough.

Latest beta update has shown there are three ways to activate dark mode: Light, Dark, and Set by Battery Saver.

Set by Battery Saver option is available only for Android 9.0 and beyond.

WhatsApp will not be running anymore on:

WhatsApp will be running on:

WhatsApp has emphasized that this decision will not affect a lot of users, but it seems obvious that many millions of users are going to be affected.