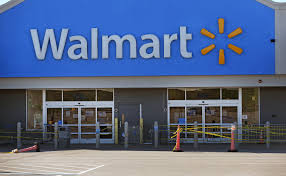 Walmart recently announced that all the Walmart stores will remain shut on Thanksgiving Day to give employees a day off after “a trying year,” the company said in a statement Tuesday, raising questions about what Black Friday will look like during the pandemic.

In a memo to employees, Walmart U.S. president and CEO John Furner announced another bonus for employees and that stores will break from tradition and close for the holiday, which usually is the start of the holiday shopping season and Black Friday weekend.

“We know holiday shopping will be different this year, and we will be managing sales events differently,” Furner wrote. “Our best ideas come from our associates, and this year we have decided to close our stores on Thanksgiving Day – November 26.”

Facts about what will happen on Thanksgiving Day

1) It’s a reversal for the megaretailer, which began its Black Friday sales around 6 p.m. on Thanksgiving last year, according to Business Insider.

3) Hours for Black Friday will be released “at a later date,” Walmart said in an announcement.

It’s unclear how Walmart and other retailers would accommodate Black Friday crowds in the midst of the pandemic.

4) Walmart also announced it will distribute around $428 million in bonuses for employees, which adds up to $1.1 billion in three bonuses given so far this year.

Black Friday, the biggest shopping day of the year in the U.S. as Americans begin buying Christmas gifts at slashed prices, is known for attracting huge crowds to stores, which presents health risks during the coronavirus pandemic. Walmart announced it will require customers to wear face masks inside stores last week. Earlier this month, reports surfaced that Walmart was making moves to compete with Amazon Prime by launching its own membership service, called Walmart+.