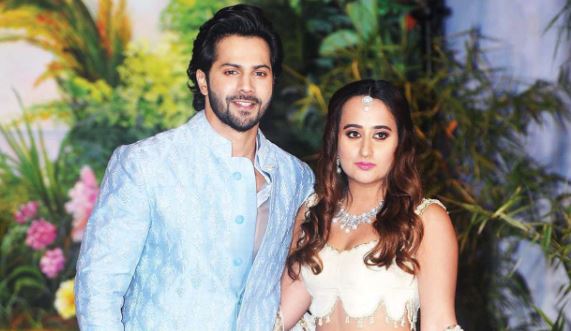 Actor Anil Dhawan has confirmed that his nephew, actor Varun Dhawan, will marry longtime girlfriend Natasha Dalal this month. The wedding will take place on January 24, he said.

Reports suggest that Varun and Natasha will tie the knot in a private ceremony in Alibaug. It is being said that the wedding will be attended by just 50 guests, including Shah Rukh Khan, Karan Johar, and Salman Khan.

“My nephew Varun is getting married on 24 January. I am looking forward to it,” Anil told to the media. On being asked if he would be a part of the celebrations, he sad, “Why not?”

Earlier this month, Anil denied it when asked to confirm rumours of Varun and Natasha’s wedding. “Wow, I am surprised. They are marrying this month, and we didn’t know? Are they going to invite us at the last moment? Itna secret rakh rahe hai kya ?” he told the media.

“Whatever it is, as a family we have been persuading him to get married soon. I feel this is one ritual you got to do in time. There is no point prolonging it. Do it in time or just don’t do it!” he added.

Varun has known Natasha since the sixth grade but they began dating only much later. On Kareena Kapoor Khan’s chat show What Women Want, he revealed that he ‘felt like (he) fell in love with her’ when he saw her for the first time in school. However, when he pursued her later, she rejected him a few times. They have been in a relationship for a few years now.