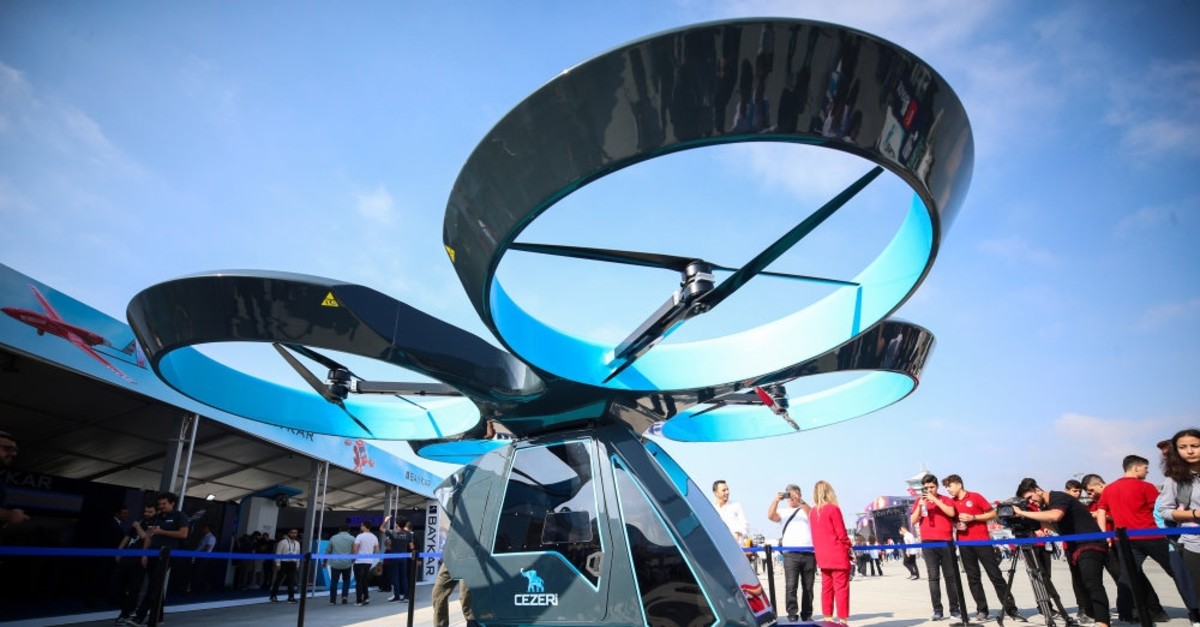 Long ago, people had imagined that there will be flying cars in the future. Till now, we saw no flying cars and there only memes about how we expected flying cars by 2020 but all we have are flat Earthers, anti-vaxxers, and right-wingers.

But the time is not far when flying cars will be a common thing in our airspace. After Japan, Turkey also launched the first flying car in the world.

In Istanbul, the flying car prototype was given a demo flight and it was remarkably successful. Turkey is one of the first nations to achieve this feat.

Weighing 230kg, the car was able to hover to the height of 10 meters in the air. This flying car is named Cezeri, in the honour of Ismail al Jazari, the 12th-century Muslim engineer and polymath.

Designs are proposed which will rise 2000 meters into the air and will fly at the speed of 100 kilometers per hour.

Cezeri is designed and manufactured by Baykar, and their CTO Selcuk Bayraktar said that they are soon bringing in new and more advanced prototypes and will be also tested with humans on board.

“After smart cars, the revolution in automotive technology will be in flying cars. So from this point of view, we are preparing for tomorrow’s races, rather than today’s.”

Recently, Japan recently conducted the country’s first manned public demonstration of a flying car. The vehicle, developed by Japan’s SkyDrive Inc., looks like a slick motorcycle with propellors, can fly for just five to 10 minutes so far.

SkyDrive’s chief, Tomohiro Fukuzawa, said he hopes “the flying car” can be made into a real-life product by 2023, but he recognized that making it safe was critical.