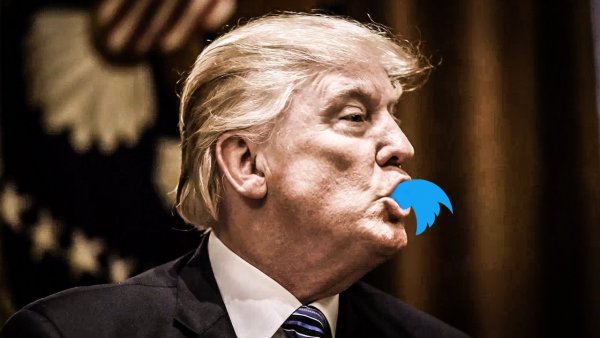 So who is right? Whose side of the story will you believe?

Trump says that Democrats are planning to rig the election

Trump believed that voting via mail in the time of lockdown would lead to fraud. He shared many conspiracy tweets and then all of them were flagged for being factually wrong.

“There is NO WAY (ZERO!) that Mail-In Ballots will be anything less than substantially fraudulent. Mail boxes will be robbed, ballots will be forged & even illegally printed out & fraudulently signed.”

He made another accusation on the Governor of California of rigging the elections:

“The Governor of California is sending Ballots to millions of people, anyone … living in the state, no matter who they are or how they got there, will get one. That will be followed up with professionals telling all of these people, many of whom have never even thought of voting before, how, and for whom, to vote. This will be a Rigged Election. No way!”

Twitter just showed him that voter fraud is extremely rare, and there are facts to prove it

Twitter just added a link to Trump’s tweets, asking the readers to “check the facts” before they believe what Trump was saying in the tweets.

If you click on the link, it’ll take you to a “Moments” page which gives you correct, fact-checked information about mail-in ballots. It said there is no evidence of voter fraud by mail-in ballots.

“They are saying my statement on Mail-In Ballots, which will lead to massive corruption and fraud, is incorrect, based on fact-checking by Fake News CNN and the Amazon Washington Post. Twitter is completely stifling FREE SPEECH, and I, as President, will not allow it to happen!”

Even though Trump is now vehemently against the mail-in ballots, he has voted like this in the past. And so have his family members.

But even in 2016, when he won the election but lost the popular vote to Hillary Clinton – he said that 5 million people in California had voted illegally against him.

Recently, he even threatened many US states such as Nevada and Michigan and said that he’ll stop their funding if they engage in mail-in voting.