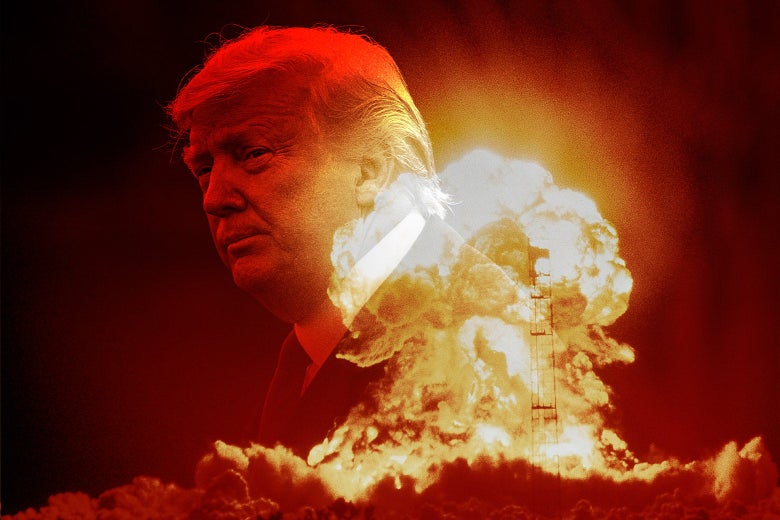 While the world has been at a standstill due to Coronavirus, USA President Donald Trump has his own ideas as to shoo away his boredom.

Yesterday, he “tweeted” an order to the US Navy and asked them to shoot down and destroy all Iranian boats and ships that “harass” the American ships.

Why is Iran “harassing” American ships?

I have instructed the United States Navy to shoot down and destroy any and all Iranian gunboats if they harass our ships at sea.

The question that should be asked is what are American ships doing in Iran’s territory? US has a longstanding tendency to invade other countries territory, form up camps, and claim to “fight terrorism” – while all it does is poke its nose into someone else’s business, destabilize social order, and topple over the governments which refuse to comply to the American imperialist corporations.

America’s attitude is of a creepy stalker/potential murderer who skirts around your house, and when you go to check who it is and what they are doing – the stalker claims that you are harassing them. This is exactly what it sounds like.

On 3rd July 1988, US shot down the Iran Air Flight 655 – killing all the 290 passengers and crew, including 66 children. The plane was an Airbus A300, flying over Iranian territory in the Persian gulf.

Later the US said it thought the plane was F-14 Tomcat, a military aircraft. Which looks like this:

Apparently, the US Intelligence could not differentiate between an Airbus A300 and an F-14 fighter jet, even though the passenger plane was transmitting the signature signal of a civilian aircraft.

The behaviour of US afterwards was even more shameful as they refused to take any legal liability and did not even offer a formal apology. US and Iran reached a settlement 8 years later in 1996 when US gave a measly sum of $200,000 to the families of each citizen that US military killed by “accident”.

American military is everywhere in the world, and then they play victim

USA has military bases all over the world, in almost every country except a few who have resisted America. As you can see in the map, only China, Russia, Iran, and North Korea are the major countries which have no American military base inside their territory.

Now, we all know that American media is heavily biased and prejudiced whenever they report any news from these countries.

The only reason the American army has so many bases everywhere so that the American companies can steal and plunder natural resources and get cheap labour from these nations. The strategy also works in intimidating the governments of these countries into relaxing the policies and ignoring the human rights violations conducted by corporations.

In other words, this is just the old British colonialism that is repackaged in a fresh way.

But who is going to ask them what exactly are American troops doing all over the world?

While American officials are considering Trump’s tweet as a lawful order, the Defense Secretary of US said:

If this is about freedom and democracy then why is USA friends with Saudi Arabia?

American media and liberals have been claiming that American military has bases all over the world to “ensure freedom and democracy, to fight terrorism, and to ensure that the world is a better place.”

But if there was even an iota of truth in that, why is Saudia Arabia the closest friend of America? In many cases, US intelligence is more trusting of Saudi Arabia, as compared to the NATO nations.

Saudi Arabia is the biggest sponsor of Islamic terrorism in the world, their country is an Islamic hellhole with no human rights for women and religious minorities who are treated worse than cattle, and the gay and trans people are immediately killed.

But the reason USA doesn’t care about the harrowing conditions of Saudi Arabia, is only because the American oil companies have complete freedom given to them by the Saudi royals. As long as America can secure oil and other natural resources from a country, they don’t give a hoot about freedom and democracy there.

It’s just a vapid and laughable excuse they have invented to attack countries like Iran who want to ensure their own freedom by not cooperating with American imperialist corporations.