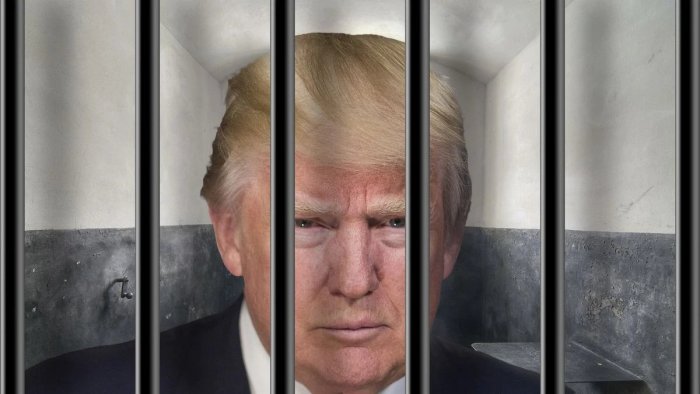 Remember the first days of 2020, when Donald Trump had almost started the third world war by bombing Iran and killing an Iranian General? So much has happened ever since, and those times feel so far away in the past.

But Iran is not letting it go.

Now they have issued an arrest warrant for Donald Trump, and asked Interpol to help them nab the American President. According to Iran, Donald Trump is charged for murder and terrorism charges.

On what grounds is Donald Trump responsible for murder?

The event refers to the early January when American drones bombed an Iranian caravan, killing the top General Qaseem Suleimani.

Iran considers that Donald Trump and 35 other officials of the American military-corporate-government complex are supposed to be directly responsible and culpable for this. The other 35 officials remain unidentified.

What is Interpol going to do?

Interpol later denied Iran’s request and said that they don’t get involved in the matters of political nature. That means Donald Trump won’t be arrested.

Interpol said in a statement:

“We could not consider requests of this nature. It is not in accordance with our rules and constitution, which states that it is strictly forbidden for the organization to undertake any intervention or activities of a political, military, religious or racial character.”

But the side effect of this arrest warrant is that the tensions between US and Iran will further rise and escalate, creating a cold-war like atmosphere after Trump derailed Iran’s nuclear deal with other countries of the world.

Iran has said that even though Interpol are refused to help them, they’ll keep pushing for Trump’s arrest even after his presidency ends in November. And even if they cannot arrest him according to international law, Iranian authorities can still restrict Donald Trump’s movements across the globe.

Who was the man that Trump had killed?

Qaseem Soleimani was a General in Iran’s Revolutionary Guard, and he was killed by American drone strikes on January 3.

America announced that they killed him because he was a threat to American soldiers, diplomats and corporate associates in Iraq and nearby regions. The Pentagon said they were acting to defend themselves.

But unsurprisingly, the western corporate media always fails to talk about the question: What are American soldiers and diplomats even doing in the Middle East? Why can’t they mind their own business and stay in their own country? Why do they have to destabilize governments, topple a stable society, bomb innocent people, create and fund terrorist groups like ISIS and Al-Qaeda and Taliban? And why does US keep supporting the despicable Saudi Arabia which is killing innocent people in its endless war on Yemen?

America’s capitalist-owned government has a million crimes against humanity, and when will they answer for that?