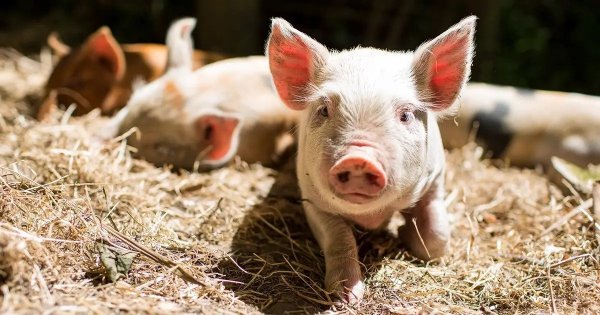 Scientists are alarmed about a new swine flu virus that was recently discovered in the pig farms in China. A warning has been issued, that this virus can very quickly spread another pandemic like the Swine Flu pandemic of 2009 – which had killed 285,000 people.

According to BBC, many scientists have even compared the genetic makeup of this virus to the Spanish flu virus of 1918-19, which had killed 50 million people.

This is an evolved version of the 2009 swine flu virus

The original swine flu virus strain was called H1N1, but this newly discovered virus is an evolved version, named as G4 EA H1N1. It was discovered in Chinese pig farms in 2016, but only recently it has started to infect humans.

It was found that the G4 swine flu virus is very efficient at replicating inside human respiratory system. Scientists have warned that:

“G4 viruses have all the essential hallmarks of a candidate pandemic virus. Controlling the spread in pigs and closely monitoring human populations should be urgently implemented.”

Compared to COVID-19, it has 100 times greater spread rate among the young people

A group of scientists collected blood samples from workers at the pig farms, and the people living nearby. The results were quite alarming and have caused a panic in the local regions of China where pigs are kept.

But the most alarming this is that this virus affects young people in the worst way – people aged between 18 to 35 had the highest risk of 20.5%.

Compared to that Coronavirus has only a 0.2% risk for people aged between 18 to 35. This swine flu is arguably 100 times riskier for the young population.

Scientists are keeping a close watch on the situation, and they have been trying to find out if the pig farm workers’ families are infected as well. And if they are, then how far they could have spread it in the recent times.

Although, the actual rate of spread is not known and we are waiting for more information to be uncovered.

What the scientists are saying?

Dr Huang, one of the contributors to the study said:

“It’s a very important study, and the virus looks quite dangerous. We need to be worried about any disease with the potential to spread human to human.”

Although, there is one thought that might give you some comfort. Swine flu might have a potentially high positivity rate even when compared to the Coronavirus, the fatality rate for it is 0.02% which is 10 times lesser than COVID-19.